By now Cody Blick had lost hope that he’d ever recover his stolen golf clubs. It’d been nearly a month since, on the eve of the final round of Web.com Tour Q-School, he discovered that his Titleist sticks had been swiped from the garage of his rental house. A few hours later, with a set that he cobbled together at the course, he shot 63 and secured his playing privileges for 2019.

For the next few weeks, Blick continued to receive social-media messages from loyal followers in the Phoenix area. They said they weren’t giving up the search, that they were checking pawn shops and local clubs. “But I’d accepted that I wouldn’t see them again,” Blick said.

Then, earlier this week, he got a text from his mom, Carla: Are these yours?

Carla told him that a woman in Arizona had found her number through the Whitepages. She said that she’d encountered a homeless man who was looking for money for a hotel. Rather than blow him off, or hand him a few bucks, the woman asked what he had to sell her in exchange for money. He retreated into his tent under an overpass and pulled out a shabby Titleist bag, with “Blick” stamped on the wedges. She offered him $75.

Hoping to resell them for more money, she Googled “Blick Golf Clubs,” and stumbled across his story: How the 25-year-old, with the club superintendent’s 5- through 9-iron and a couple of pro-shop wedges and a borrowed putter, fired the bogey-free 63 to clinch his card.

The woman contacted Carla Blick and explained the story, and they agreed on a new price: $300. Blick’s college roommate, Taylor Bromley, just so happened to be in the Phoenix area for New Year’s, and on Thursday night they met up at an In-N-Out in Pleasanton, Calif., for the long-awaited reunion.

“I was pretty excited,” Blick said by phone Friday, “but I was also pretty skeptical.”

The bag was ruined – the homeless man had ripped the stitching on the bag’s front panel – and the clubs were beat up, too. But his beloved Scotty Cameron putter, the same one he’d used in high school and for all of his wins in college and through his travels in Canada? It was still in good shape.

“Even if I don’t use this putter again,” he said, “it’s just nice to have it back. It means way more to me than it’s worth to anyone else.”

Within a few days of returning home from Q-School, Titleist had sent Blick a new set of clubs, with all of his old specs. “It feels pretty good so far,” he said. But he also finally had closure. All morning he’d disinfected his recovered clubs and bag, dumping Clorox everywhere. He might try to find a display case to memorialize them – the stolen clubs that changed the trajectory of his career.

“It’s a cool story and everything,” he said, “but the fact that they were in some dude’s tent kinda creeps me out.”

New Year- Old Clubs? The stolen clubs have resurfaced! Thank you to everyone who helped search and support me over the last few weeks. And @titleist for their hard work! The story has it they were in a homeless man’s tent under an overpass for a couple weeks and although there is some considerable damage to the clubs/bag it is so nice to have them back. 12/9/18-1/3/19 Big thanks to @taylor_bromley for retrieving them! @webdotcomtour @pgatour #titleist #webdotcomtour #pgatour #golf #footjoy #golfball #golftips #golflife #sports #win 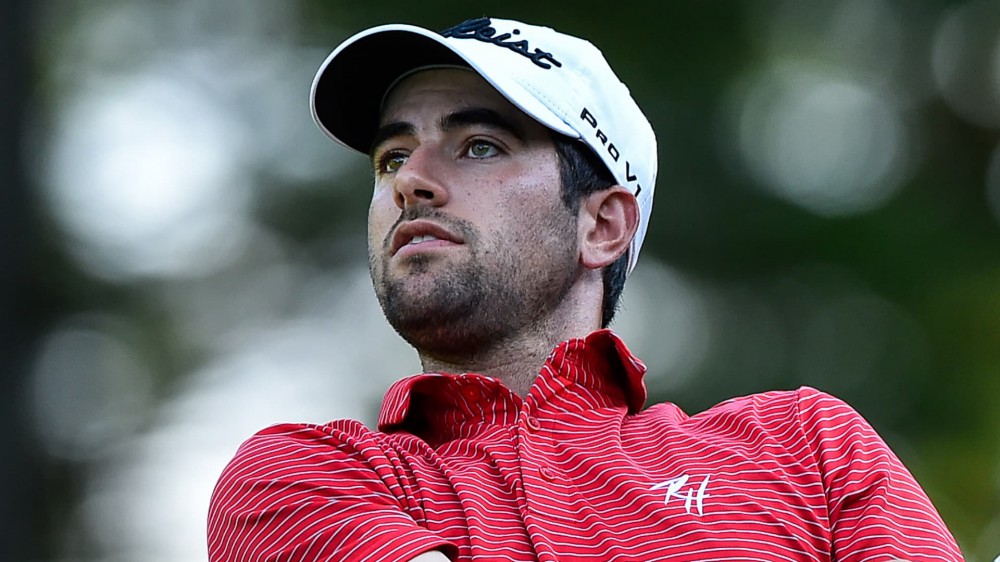