Home Golf News & Information A pro golfer, a refrigerator and a skateboard park 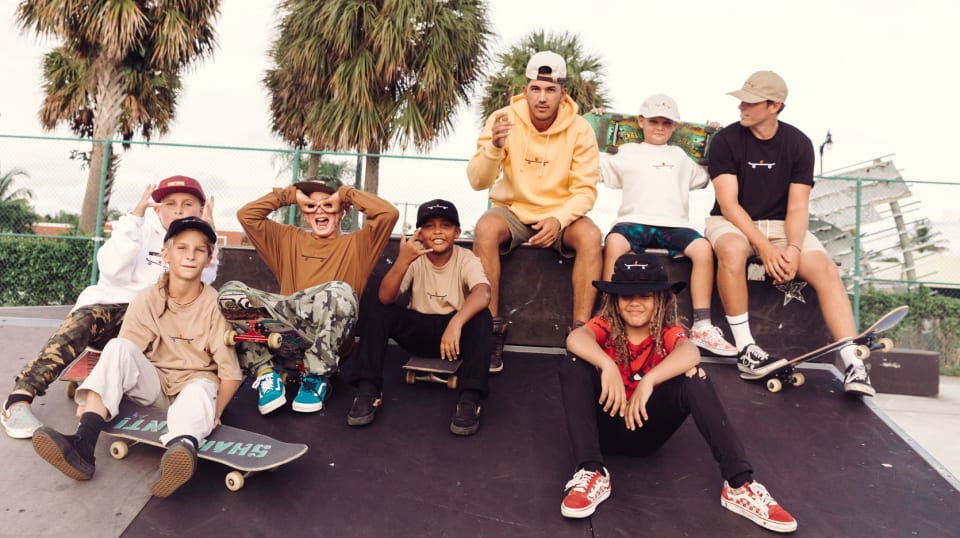 “She was able to see the kids and kind of feel what I feel there and
why it’s so important and how excited the kids are,” Gehl says. “When I
pull up with a truck bed full of snacks … it’s so fun. You’re able to
see the joy when you’re helping the kids.”

Gehl knows
skateboarding is considered counter-culture in many ways but he sees a
lot of similarities in the kids’ passion with what drove him to become a
professional golfer. And he wants the Hangry Project kids to have a
place to grow and prosper, just like he did as a kid in Indiana.

“The
Hangry kids are teaching me,” Gehl says. “That’s the biggest thing that
I try and tell people when I talk about the Hangry Project. Yes, we
take care of food and snacks, and yes, that’s very important, but this
idea of supporting these kids that are so authentic that might come from
a diverse background or a rough household, or we don’t know what their
at home situation is, but when they go to the skate park, it’s a safe
space.

“And for me, the golf course was a safe space growing up.
It was a country club and I was fortunate because that’s what my parents
allowed me to have. And I never viewed it like that. It wasn’t until I
started skateboarding and I went to a skate park and I looked around,
it’s like, man, this might look a little different than a country club,
but it is the same safe space.”

When the PGA TOUR’s International
circuits went on hiatus earlier this year due to the coronavirus, Gehl
has had the opportunity to get even more involved in The Hangry Project,
which has become a non-profit funded through donations and selling
gear. Right now, it’s based at Phipps Park, but he would love to see the
concept grow around the country.

Shortly
after the quarantine started, the First Tee chapter in South Florida
approached him about doing a joint activity. The two settled on
something simple – a summer golf camp every Thursday in July. So about
two dozen of Gehl’s skateboard kids crossed over and learned the game he
loves so much.

“It’s maybe one of the more special things I’ve
ever done,” Gehl says. “The First Tee has been supportive of it and the
Hangry kids have just their level of maturity and their athleticism too,
in the game of golf, like some of them are good. They’re really good. I
was so, so impressed with them.”

Gehl is also working on a
documentary about the Hangry Project. His brother Matt’s company
Everybody’s Baby was initially involved but Gehl is now working with a
different crew. The goal is to have the film ready to premiere at the
Palm Beach Improv during The Honda Classic next year.

“I think
it’s really important to show golf in an accessible light,” Gehl says.
“I think that in the past, it is perceived as very country club and very
un-accessible but in 2020 anybody can go play golf. It’s just a matter
of where, and do you have the golf clubs.

“And the documentary, I want to make something visually that
shows that The Hangry Project kids have such value in them, in their
culture and in their authenticity that they can go to a golf course and
they can learn golf and then take the lessons that golf has and throw
that into their lives because that’s kind of in my life.”

Gehl’s
professional situation is looking up, too, after the TOUR’s recent
announcement of the LOCALiQ Series. It’s a circuit of eight 54-hole
tournaments in Georgia, Alabama and Florida for players who had planned
to play the Mackenzie Tour-PGA TOUR Canada, PGA TOUR Latinoamerica and
PGA TOUR China.

“I plan on playing all of them,” Gehl noted in a
recent email, adding that he hopes to have the documentary involved at
one of the events. “I am very excited to compete again. (It) will be
great to get back after it.”