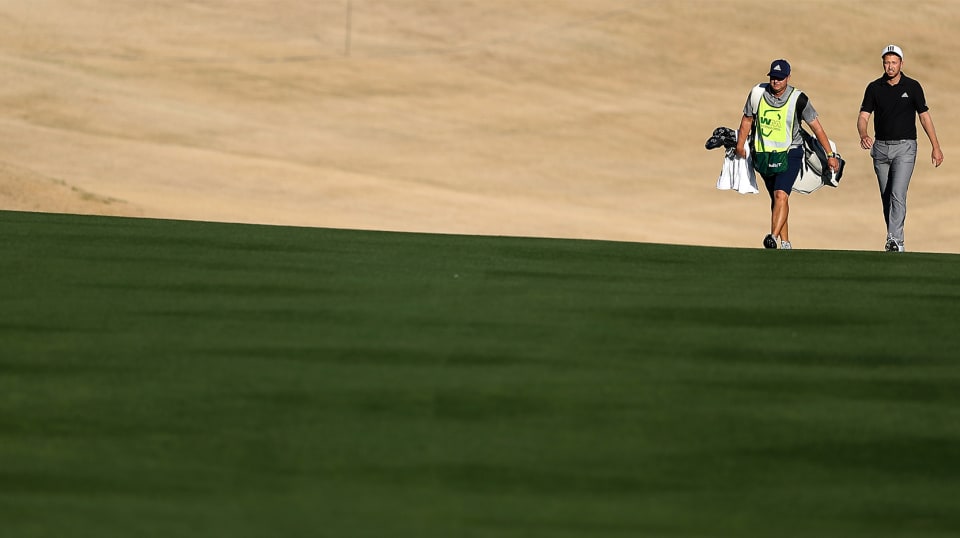 SCOTTSDALE, Ariz. – The pavilion that encircles the par-3 16th hole, the nerve center of the Waste Management Phoenix Open, looked more or less the same. You could still see the serrated mountaintops from the tee. It presented the same shot from 170 yards.

But that’s where the similarities ended as players teed it up before the biggest gallery since the pandemic began – 5,000 fans – Thursday.

“I probably made the quietest almost hole-in-one ever on 16,” said Matthew NeSmith, a 27-year-old South Carolinian who took the early lead with an 8-under 63. “I got about six claps there and hit it to six inches.”

NeSmith’s lone career victory came at the 2019 Albertsons Boise Open presented by Kraft Nabisco, and that’s about what TPC Scottsdale looked like Thursday. Grandstands were replaced by Adirondack chairs. Lusty booing for those who missed the green at 16 – where a banner of color portraits has replaced general admission seating – was replaced by subdued booing by those in the corporate chalets.

The result was a different looking, different sounding Waste Management Phoenix Open. You could see each individual fan in the distance, just as you could hear when one of them was “disappointed” in Keith Mitchell (75) for missing the 16th green. After he hit his pitch shot to four and a half feet at the drivable 17th hole, yet another fan left of the green called the shot “tasty.”

With such a dramatically shrunken gallery there was a chance for each fan to really stand out.

“Yeah, I mean, when there’s a lot of people it almost becomes white noise,” said Xander Schauffele (66). “Out here I chunked my chip and some guys was like, ‘Dang, he duffed it.’ I’m like, yeah, you’re right, I just duffed the crap out of that chip.

“You can kind of hear certain small comments more,” Schauffele continued, “which when you show up here you know exactly what you’re walking into, but it is weird, though, overall sort of quietness here. It is strange to me.”

There were still scoreboards throughout the property, but now they flashed the message that, “Due to COVID-19, players are prohibited from signing autographs.” Ryan Goble, caddie for Will Zalatoris (71), said one big difference was the fans’ motivations. Whereas in the past one might happen upon a spectator who was unaware that there was a tournament going on, Thursday was rife with golf watchers.

Colt Knost, who played in five Waste Management Phoenix Opens and lives 10 minutes from the course, called the atmosphere “weird” and was able to individually greet some of the players coming off the 15th green. He loves the usual rowdy atmosphere here, but noted, “I think that’s why there’s such a good field this year, because players don’t have to deal with all the nonsense.”

Rory McIlroy (70), making his first start in Phoenix, said he looked forward to getting his feet wet absent the usual Greatest Show on Grass insanity. That said, Thursday still brought the most spectators since the pandemic cancelled THE PLAYERS Championship last March.

“Yeah, it was nice to play in front of people today,” McIlroy said after battling back from a double-bogey, bogey start. “Yeah, just to get clapped for some good shots and good putts and get encouragement from some greens to tees, it was really nice to see people out here.”

Added NeSmith, who hit 16 greens in regulation and took just 27 putts, “It’s just been like we’re all kind of playing together at home or something like that. It’s really nice to feel a little bit of the nerves and get some claps.”