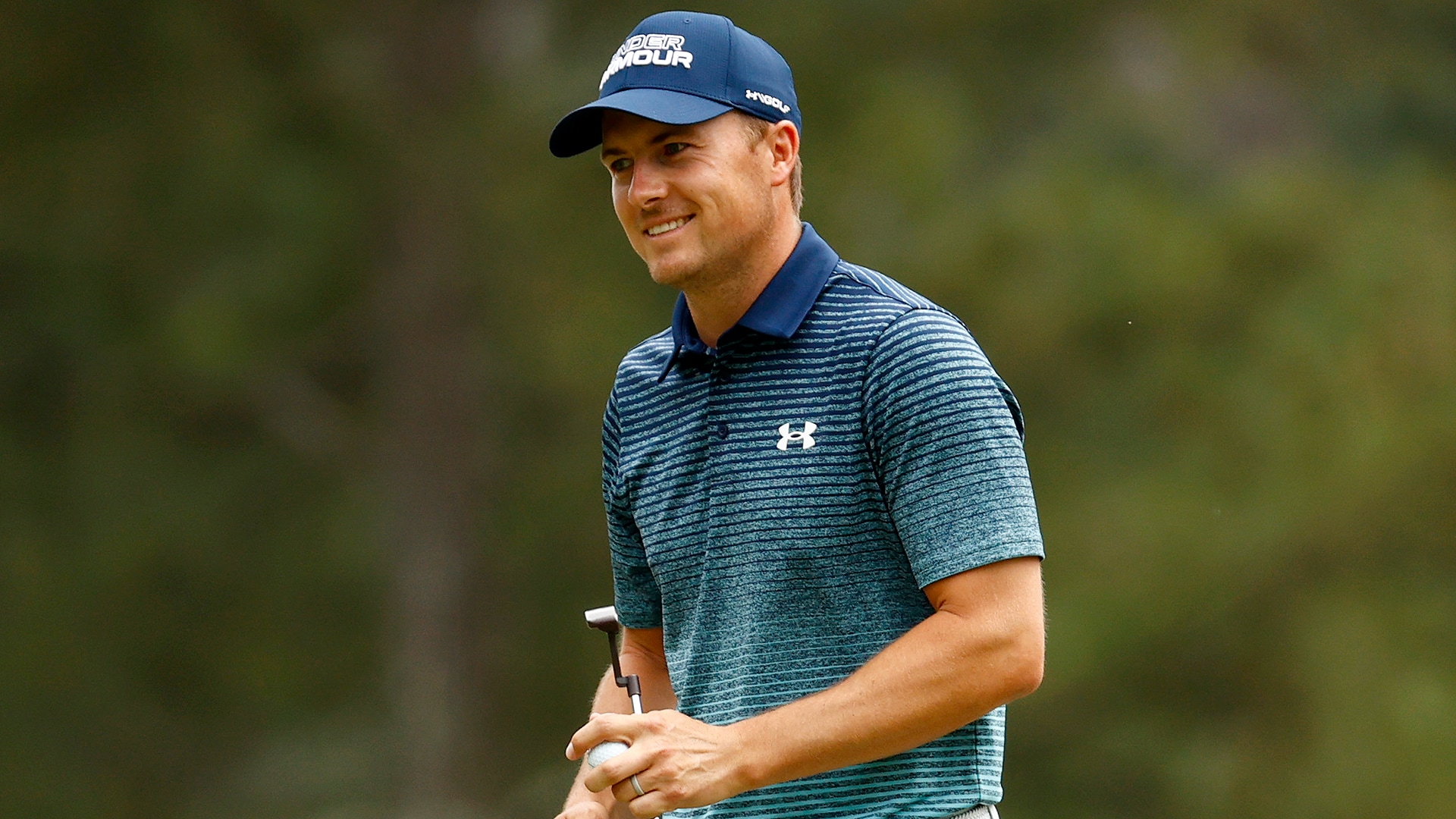 “Somewhat typical round for me at the Masters, I guess,” Jordan Spieth said with a laugh.

A triple bogey from the trees, a fortunate chip-in for eagle and plenty of well-struck shots added up to a 1-under 71 for Spieth in the opening round at Augusta National.

Cruising along at 1 under for the day, Spieth blew his drive into the right trees on the ninth hole. Rather than pitch out into the fairway, he decided to take on some risk – trying to keep his approach shot low, through the trees, and chase it up near the green. Instead, his shot ricocheted off a tree and ended up behind him. From there, he came up short of the green, pitched to 5 feet and three-putted for triple.

“Live and learn, I think,” Spieth said. “It’s tough to swallow, because knowing the golf course is very difficult and I was 1 under par, punch it to the fairway, you make a bogey, you’re at even par at the turn, that’s a pretty good score. But unfortunately, I’m still in that 18-under mode from last week” – his winning total at the Valero Texas Open, where he ended a nearly four-year winless drought – “and trying to capitalize on and gain every stroke I can.

“Luckily, I’ve kind of gotten away with that, and I’m still in the tournament.”

Indeed, Spieth bounced back with a 15-footer for birdie on 10 and then added four more pars to steady himself. On the par-5 15th, he flew a 6-iron into the middle of the green – “I can’t tell you the last time I had a 6-iron into that hole” – but rolled it over the back. His ball nestled down slightly in the fringe, and his wedge bounced into the ball.

“I was shocked by the strike,” he said.

His pitch didn’t spin, began racing down the slope, gathering speed, and then crashed into the pin for an unlikely eagle-3.

“I mean, the idea is to hit it on-line, and that was very, very lucky,” he said. “Probably the luckiest break I’ve ever gotten out here, if not anywhere, because that was at least a three-shot break. As many shots as I hit there were a yard off earlier in the round, it was more than made up for there.”

Two pars to close gave Spieth a 71 in his bid to win a second green jacket. He’s six shots behind leader Justin Rose.

“I’m glad the course is firm if you’re six back after one round,” Spieth said. “So I’m not really going to be focused on Rosey. That’s a heck of a round. I’m just going to assume that this golf course is going to be just as challenging going forward and pick your spots.”