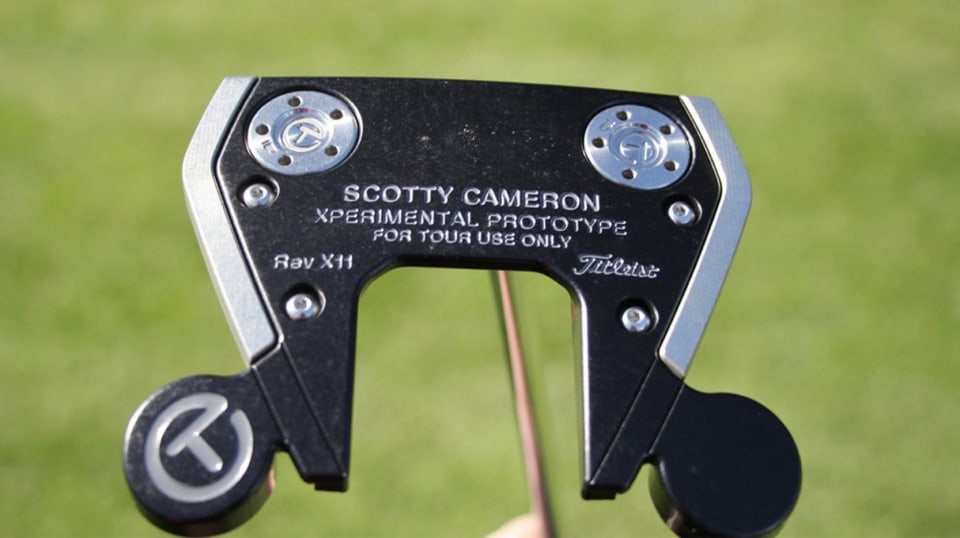 When Adam Scott’s name comes up, it’s usually his ball striking that comes to mind, but after an opening-round 69 at Riviera it was his new putter that garnered the most attention. And rightfully so as he led the field in Strokes Gained: Putting for his first round (5.074) and made more than 100 feet of putts.

The strong showing comes after a putter modification, and GolfWRX spoke with Scotty Cameron rep Drew Page about the change.

“Adam came into the studio and was looking for a way to stabilize the head a bit,” Page said. “We added some extra weight to the back end of putter, but like anything else balance is key. To keep swing weight constant, we took two inches of length off the butt end, added a bit of weight at the top to neutralize, and boom.

“The putter is in a swing weight he likes,” Page continued. “The head has a higher MOI (greater stability) that he likes and we all know when he matches up the long game with a hot putter, he can be very dangerous.”

It was over 10 years ago that Scott started experimenting with a longer putter, going from conventional length to a “broomstick” model in 2010. The switch paid off handsomely with his first major title at the 2012 Masters Tournament, and gave way to more experimentation when the USGA banned anchored putting.

Scott has deviated from a Scotty Cameron model for brief spells, but he always finds his way back to a very high MOI Scotty Cameron Xperimental Prototype Rev X11 putter, which was in the bag for his second win at Riviera last year. Now it’s two inches shorter.

“Just something I’ve been experimenting with,” Scott said at Riviera on Thursday. “I felt like the work I did with Paul from Scotty Cameron got this putter in a place where I felt it was worth the run. I’ve been happy with my putting, too, so it was something to keep me entertained, I think.”