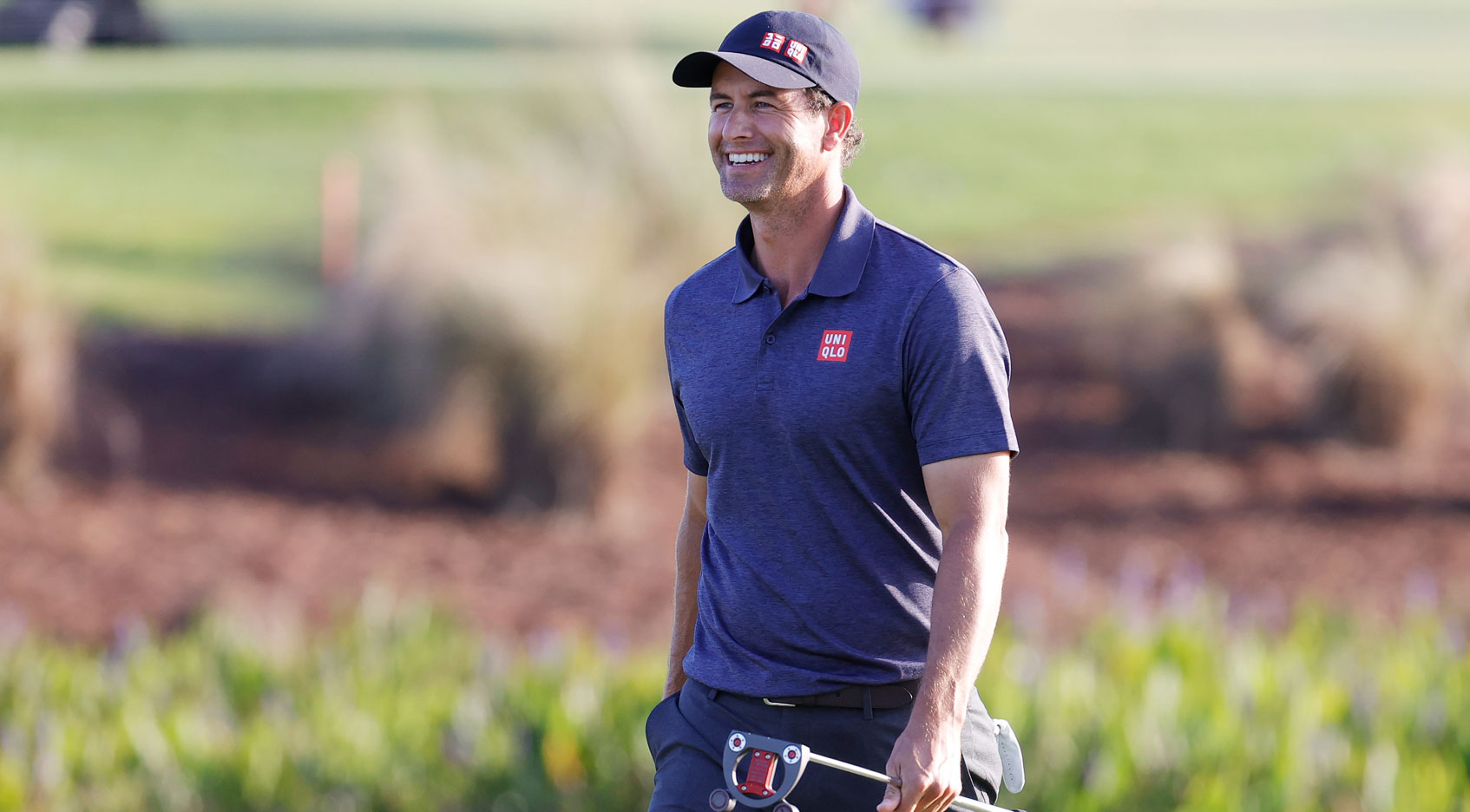 Former champion Adam Scott gave early bird fans at The Honda Classic a thrill when he stripped off his shoes and pulled off a stunning par save from the water at PGA National.

Scott’s approach shot on the par-4 11th hole – his second of the round – found itself drifting right from his line and came down short and in the water hazard. But with the ball only partially submerged Scott decided to attempt to play it from the wet muddy lie – local alligators be damned!

“I blocked my 7-iron and when I got up there I figured I could play it, but I called in a rules official because incredibly there were some electrical cables in the penalty area around my ball that I needed to move,” Scott explained to PGATOUR.com.

“I was able to move them, get my shoes and socks off, roll the trousers up, get my waterproof jacket on and get in the water with my lob wedge. From there I just played it like a full bunker explosion shot and got it to about 12-feet.”

For a split second it looked like the veteran might overbalance on his follow through and go for a swim, but he showed great poise to stay relatively dry. Scott then converted the 11-foot, 10-inch par putt – a critical save given he’d already bogeyed his opening hole.

“It took a little bit of time to get the pond mud off me but was certainly nice to make the putt. Easy par right?” he smiled.

Scott is familiar with the water around the course having won the trophy in 2016 despite making a quadruple bogey with two water balls in the third round. He also entered this week tied with Hideki Matsuyama having the most water balls (11) of the 2021 Florida swing thus far.