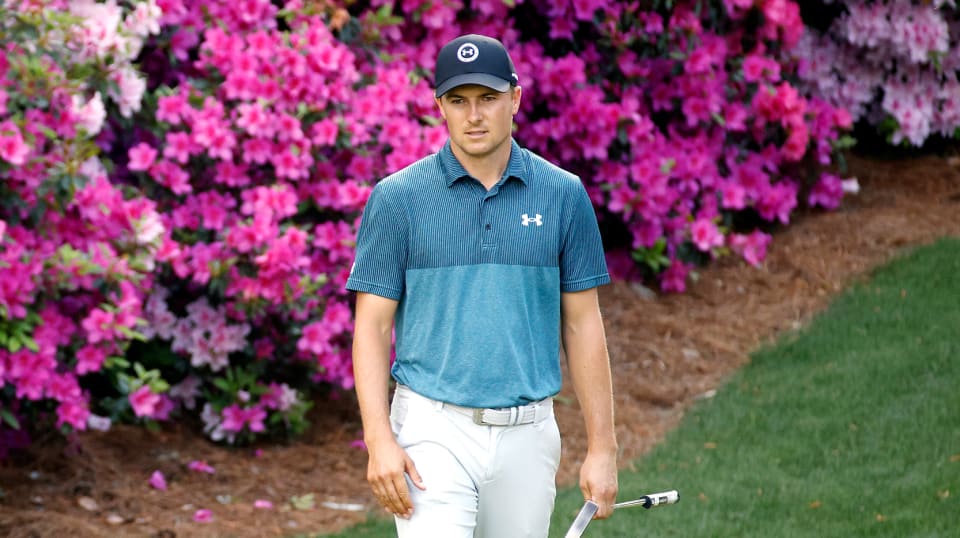 AUGUSTA, Ga. – Jordan Spieth arrived at Augusta National after his first victory in nearly four years. The emotions of that victory may have finally caught up with him. A cold putter didn’t help either. But Spieth’s progress from his slump continued as he finished third in this year’s Masters.

Spieth tied for third place with Xander Schauffele at 7-under 281, three shots back of winner Hideki Matsuyama. Spieth shot par or better in all four rounds, closing with a final-round 70 after beginning Sunday six off the lead.

“I just needed a really good start to have a chance today,” Spieth said. “I just didn’t have a great start. Then it was just kind of the story of the week. I hit some good putts, burned a lot of lips, certainly struck the ball well enough to win the golf tournament, and they just didn’t go in. Certainly had them go in here plenty of times.”

Spieth hit 56 greens this week, three more than anyone else in the field.

“I wish that I had the control of my swing that I hope is coming or I think is coming soon because it would have made things a little easier this week, and I did strike the ball really well,” he said. “I hit a lot of fairways. I put myself in position to hit a lot of greens, and distance control is a strength of mine with iron play, and I did a good job of that.

“So all in all, I’ve made a lot of good progress, but I feel like that road ahead is still significant for me.”

His week included a triple-bogey in his opening round and a double-bogey on Saturday. He made three bogeys in his first six holes Sunday, but responded with five birdies and no bogeys in a nine-hole stretch from Nos. 8-17. He bogeyed the final hole.

“I’m tired,” he said. “I felt some mental fatigue for sure and made a couple bonehead mistakes over the weekend, just from, I think, maybe the long stretch. But all in all, certainly another good finish here.”