On another close-but-no-cigar major for Rickie Fowler:

After another close call at a major, Rickie Fowler stood in front of the microphone and said all the right things. He even stuck around as yet another friend entered the club of major champions. While Fowler clearly has the chops to contend at the biggest events, he’ll be 29 when driving down Magnolia Lane next spring for what will be his 31st start in a major as a pro. That doesn’t exactly make him a young gun, but consider that Phil Mickelson didn’t win his first major until he was 34, and Sergio Garcia was 37 when he broke through at the Masters this year.

The mathematical paradox continues to ring true: the odds are that Fowler will eventually get one, but in each specific week the odds will always be against him. The clock is ticking. – Will Gray

On the bottom line for Quail Hollow’ major debut:

The greens were a little severe, the rough a tad too rough and the overzealous use of the course’s SubAir system too proactive, but as first-time major venues go, Quail Hollow was what everyone thought it was – a solid test and a welcome addition to the Grand Slam fold. There will be those who say the Charlotte, N.C., course drifted too close to U.S. Open-like conditions for a PGA Championship, which is widely considered the major that most favors the players, but the final leaderboard tells a different story.

On Friday, Hideki Matsuyama took advantage of perfect conditions to shoot 64, as did runner-up Francesco Molinari; and Justin Thomas’ closing 68 included plenty of highlights. Maybe there are some tweaks that need to be made before the PGA returns to Quail Hollow, but for its maiden major the course proved to be the perfect balance between tough and fair. – Rex Hoggard 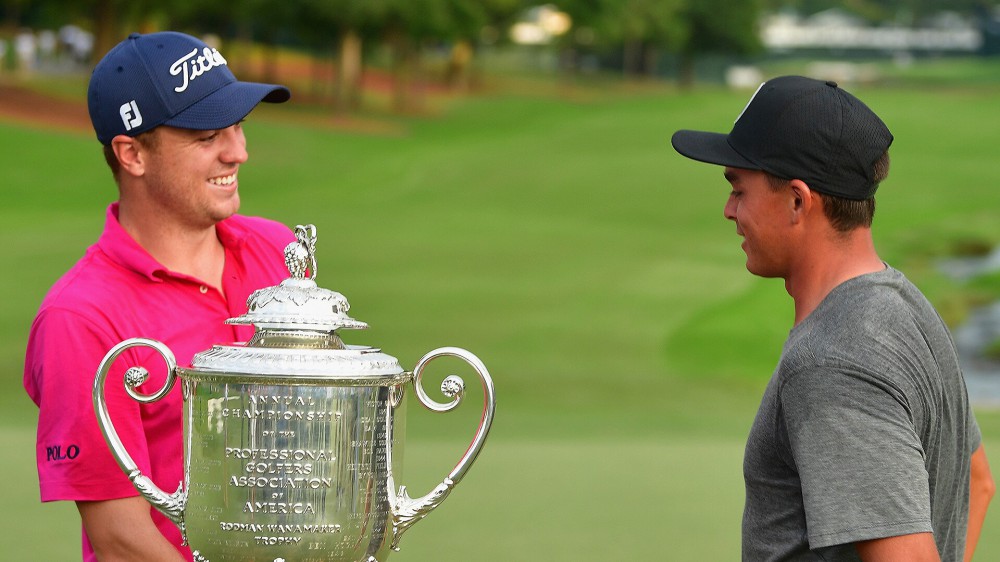 Rory & Carson Podcast: Tears for Tiger and the 'Spirit of Earl Woods'

Watch: Crane, Cejka rock out on first tee at Zurich