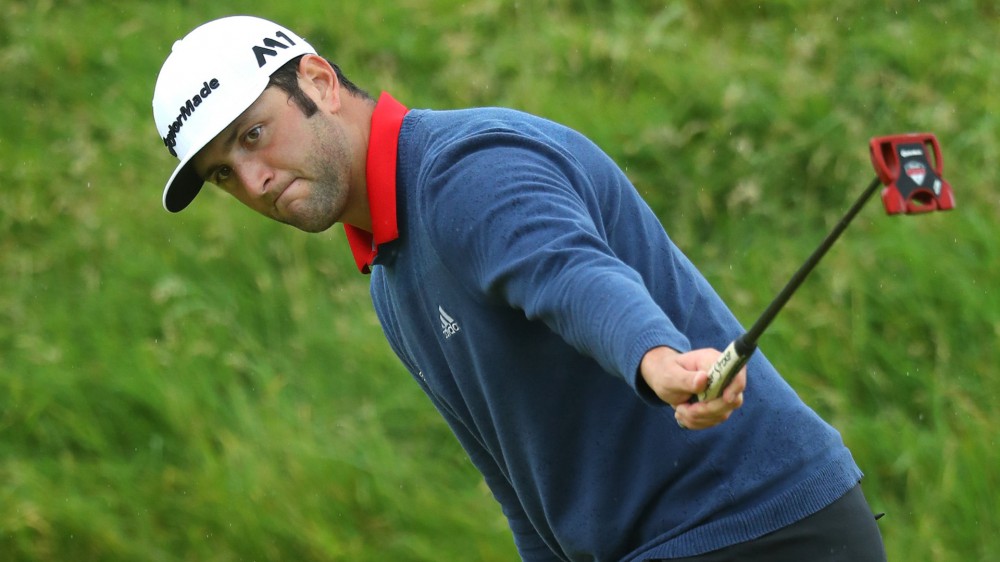 On the slippery slope of player ‘intent’ …

After building a hefty file of instances where the rule book could turn draconian on a player for the slightest infraction, the past two weeks have seen two situations where giving the player the benefit of the doubt has raised eyebrows.

First was the controversy of whether Bernhard Langer was anchoring his putter at the U.S. Senior Open, claims that he – and the USGA – denied. Then came Jon Rahm’s landslide win at the Irish Open, which was clouded by a favorable ruling after he questionably marking his ball during the final round.

Did Rahm gain an advantage by moving his ball a fraction of an inch? Probably not. But neither did Lexi Thompson for the violation that cost her the ANA Inspiration and inspired the new ruling by which Rahm was absolved Sunday.

Play by the letter of the law, and you’re deemed to be too hard on players for microscopic mistakes. Allow the word “intent” to enter the equation, and many will cry foul over the apparent creation of loopholes in a game steeped in tradition.

I’m just glad I’m not tasked with choosing the lesser of those two evils. – Will Gray

On the elephant in the room named Trump …

When Brittany Lincicome said she hoped the president of the United States doesn’t show up to watch the U.S. Women’s Open this week, she wasn’t making a stand for or against Donald Trump. She was making a stand for a circus-free work environment, but even that got her barbecued on social media.

She felt so much backlash she announced Sunday she was getting off Twitter for the week.

It’s a shame the biggest event in women’s golf won’t be just about golf, but the powers-that-be in the game are fooling themselves if they think President Trump isn’t going to be a massive part of the story this week. He’s the most news-saturated world leader in the history of media. – Randall Mell

On the lost romance of Open qualifying …

With a final-round 72, Sebastian Munoz didn’t win The Greenbrier Classic, but he did qualify for The Open in two weeks. Ditto for Xander Schauffele and Robert Streb, all part of The Open Qualifying Series which secured berths for the top four players finishing in the top 12 on Sunday in West Virginia who weren’t already headed to Royal Birkdale.

While the new system makes logistic sense and gives players a straightforward chance to qualify for The Open without excessive travel, lost is the intrigue of local qualifying.

Before the Qualifying Series, players travelled to the United Kingdom in order to earn a spot into the game’s oldest championship via local qualifying at a host of quirky links venues. The new way may be geographically desirable, but it doesn’t have the same romance as local qualifying. – Rex Hoggard