On a resurgent left-hander who keeps getting close …

He may still be stuck in a winless drought, but there’s no doubt that Phil Mickelson is playing some of his best golf in recent memory.

Lefty followed a T-5 finish in Phoenix with a runner-up showing at Pebble Beach, highlighted by a final-round 67. Just like at TPC Scottsdale, Mickelson caught fire down the back nine on Sunday only to discover that the hole he had dug for himself was a little too deep to overcome for his first win since The Open in 2013.

But it’s still his best two-week stretch in nearly five years, and it made Mickelson’s year-opening missed cut in Palm Springs seem like a distant memory.

Mickelson undeniably plays some of his best golf on the West Coast, and after next week’s Genesis Open the scene will shift east. But at age 47, Mickelson is finally starting to have his game match the level of confidence he proclaims whenever a microphone is near. – Will Gray

On the distance disparity between DJ and Jr. …

How far the modern player hits the golf ball, and the impact that has on the game, has become a hot topic that will only become more discussed over the coming weeks and months.

Distance is an issue and it seems certain to be addressed. That said, let this week’s finish at the AT&T Pebble Beach Pro-Am be a reason to take a breath.

Ted Potter Jr., won the event, outdueling Dustin Johnson, of all players, for a three-stroke victory. Although it’s nothing more than an anecdotal snapshot, Potter ranked 67th in the field in driving distance (271-yard average), while DJ predictably ranked third (289-yard average).

Distance will always be an advantage, but it’s important to acknowledge that it’s not everything in golf. – Rex Hoggard

On the legacy and future of the Crosby Clambake …

The sea lions were so excited about the continuing reinvigoration of the AT&T Pebble Beach Pro-Am this week , they were barking show tunes as one star after another played the holes along Stillwater Cove. It will forever be the Crosby Clambake, an event Hollywood and PGA Tour stars put on the golf map.

OK, maybe those weren’t show tunes sea lions were barking, but with the top three players in the world rankings here for the first time in more than a decade – and with Phil Mickelson, Rory McIlroy and Jason Day adding to a brilliant cast – this once sagging show feels shiny and new again.

Yeah, Ted Potter Jr. isn’t the superstar expected to top the marquee at week’s end, but it’s OK. He knocked out enough golf heavyweights to make this look like a re-make of “Cinderella Man.“ – Randall Mell 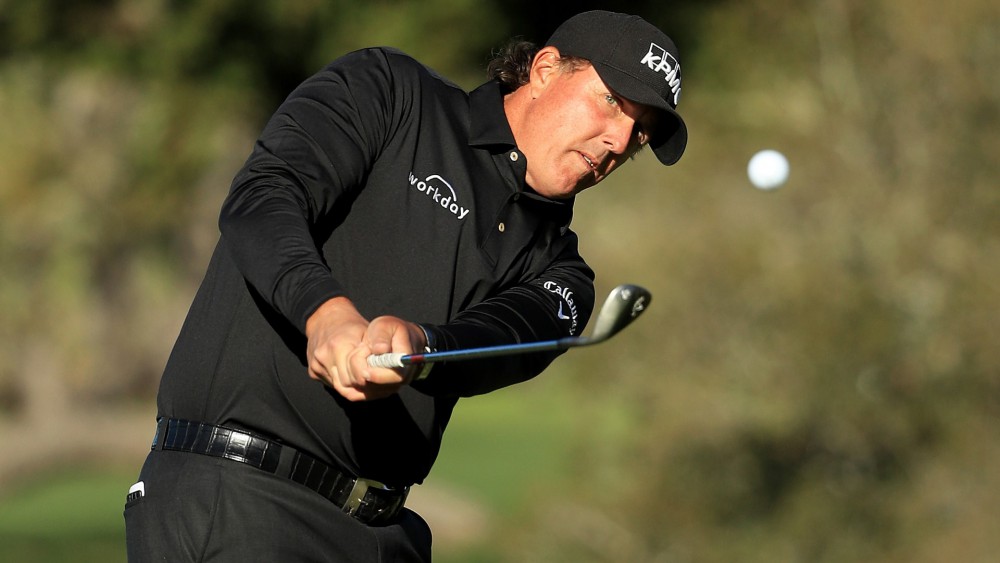 Back from injury, Furyk making first start in six months