On the Solheim Cup providing plenty of drama, despite the final score:

The Americans waxed the Europeans 16½ to 11½ at the Solheim Cup, but don’t let the lopsided score fool you. It didn’t reflect the entertainment factor offered in the 15th rendition of the biennial international team event. There was some great theater in so many matches staged Friday through Sunday at Des Moines Golf and Country Club.

Danielle Kang put on a show Friday bursting onto the scene as a rookie. Cristie Kerr and Lexi Thompson were 13 under over 16 holes in fourballs on Saturday and had to work to close out Europe. Same with Brittany Lincicome and Brittany Lang, who were 8 under over their first seven holes but were just 1 up stepping to the 18th tee. The Europeans couldn’t mount an epic comeback Sunday in singles, but American Lexi Thompson did, coming from 4 down to halve her match with Anna Nordqvist, who actually had to come back in the end with a birdie at 18 to get the half point.

On Harold Varner III playing his way in to the FedExCup Playoffs:

Four players made the 11th-hour jump from outside the top 125 and into the PGA Tour postseason with their play at the Wyndham Championship, but none were as easy to root for as Harold Varner III.

After starting the week outside the bubble at 138th on the season-long points list, Varner closed with a 69 to tie for 10th place at the Wyndham and move to 123rd in points, earning a spot into next week’s Northern Trust.

The Wyndham Championship was Varner’s first top-10 finish this season and the first time since February he’s been inside the top 125 in points. Call it perfect timing that couldn’t happen to a better guy. – Rex Hoggard 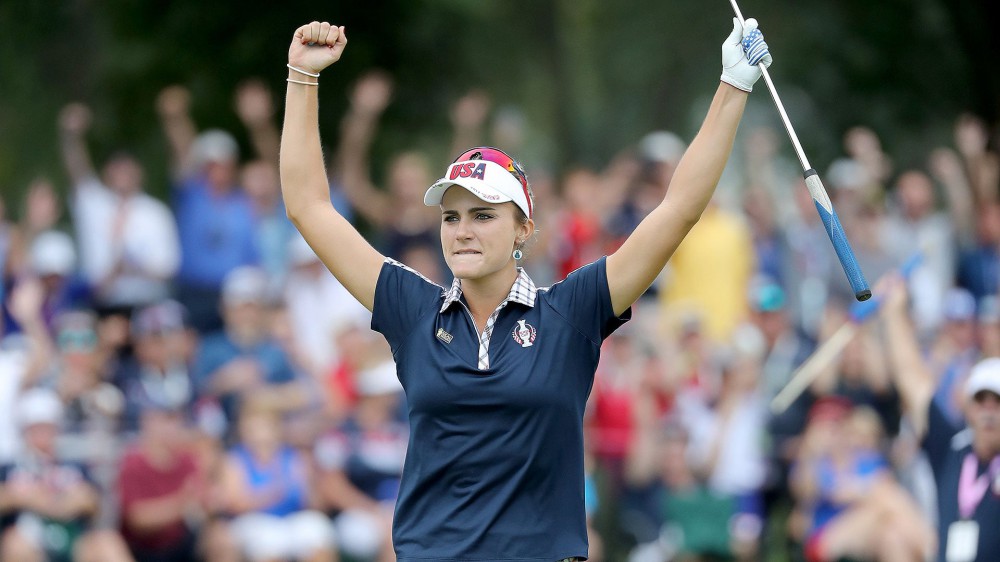