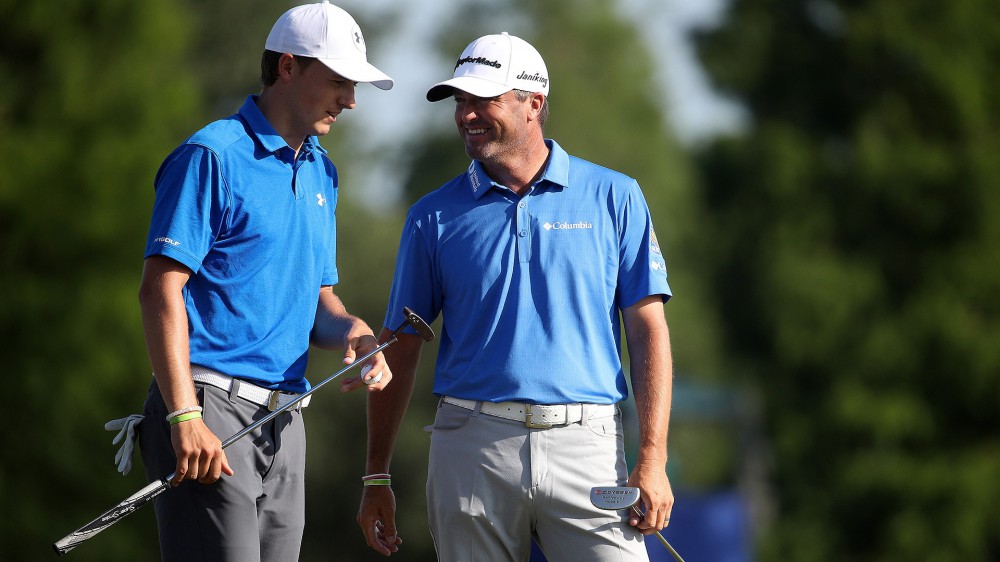 On players embracing new ideas on the PGA Tour …

PGA Tour players are trying to tell commissioner Jay Monahan something: They like new.

In the second year of the two-man team format at the Zurich Classic, 10 of the top 14 players in the world have signed up, including all four reigning major champions. It’s the first time all four have been in the same field since the Tour Championship. If the laid-back event offered world-ranking points – it doesn’t, and that’s part of the appeal – the winner would have received 62 points. That’s the same as the Genesis Open.

Sure, some sponsor obligations are involved in boosting the field here, but there’s no other way to look at this: Today’s PGA Tour players are not only willing to play events that are a departure from the 72-hole, stroke-play norm. They’re encouraging it. – Ryan Lavner

As much love as there is between the Jutanugarn sisters, it couldn’t have been easy for Moriya, watching her baby sister, Ariya, soar past her as one of the LPGA’s dominant stars the last few years. Mo, though, never betrayed an inkling of frustration or envy.

That’s what made Mo’s breakthrough LPGA victory Sunday at the Hugel-JTBC LA Open especially meaningful for everyone who has admired Mo’s devotion to her sister. Mo was always a fixture, waiting in the wings to celebrate whenever Ariya hoisted a trophy.

So emotions were high late Sunday, with Ariya waiting in the wings this time, with Ariya sobbing in Mo’s arms after the victory was secured. It was heartwarming for more than Apple, the mother who raised these talented, loving sisters. As always, Apple was there, too, soaking both her daughters in tears of joy. – Randall Mell

On the tough scheduling decisions facing the PGA Tour …

According to multiple sources, officials at Colonial are poised to announce a new sponsorship agreement with Charles Schwab Corporation on Monday.

While this is good news for the folks in Fort Worth, Texas, who were in danger of finding themselves on the wrong side of timing, there remain some tough decisions to be made in the next few weeks.

If the PGA Tour’s plan is to end its season before Labor Day beginning in 2019, something must give. Currently, the Houston Open, a staple on Tour since 1946, and The National are without sponsors. When the music stops in a few weeks and the circuit announces the ’19 schedule, there’s a good chance one, or both, of those events will be the victims of bad timing. – Rex Hoggard