Home Golf News & Information After just 25 minutes, first round of Masters suspended because of weather 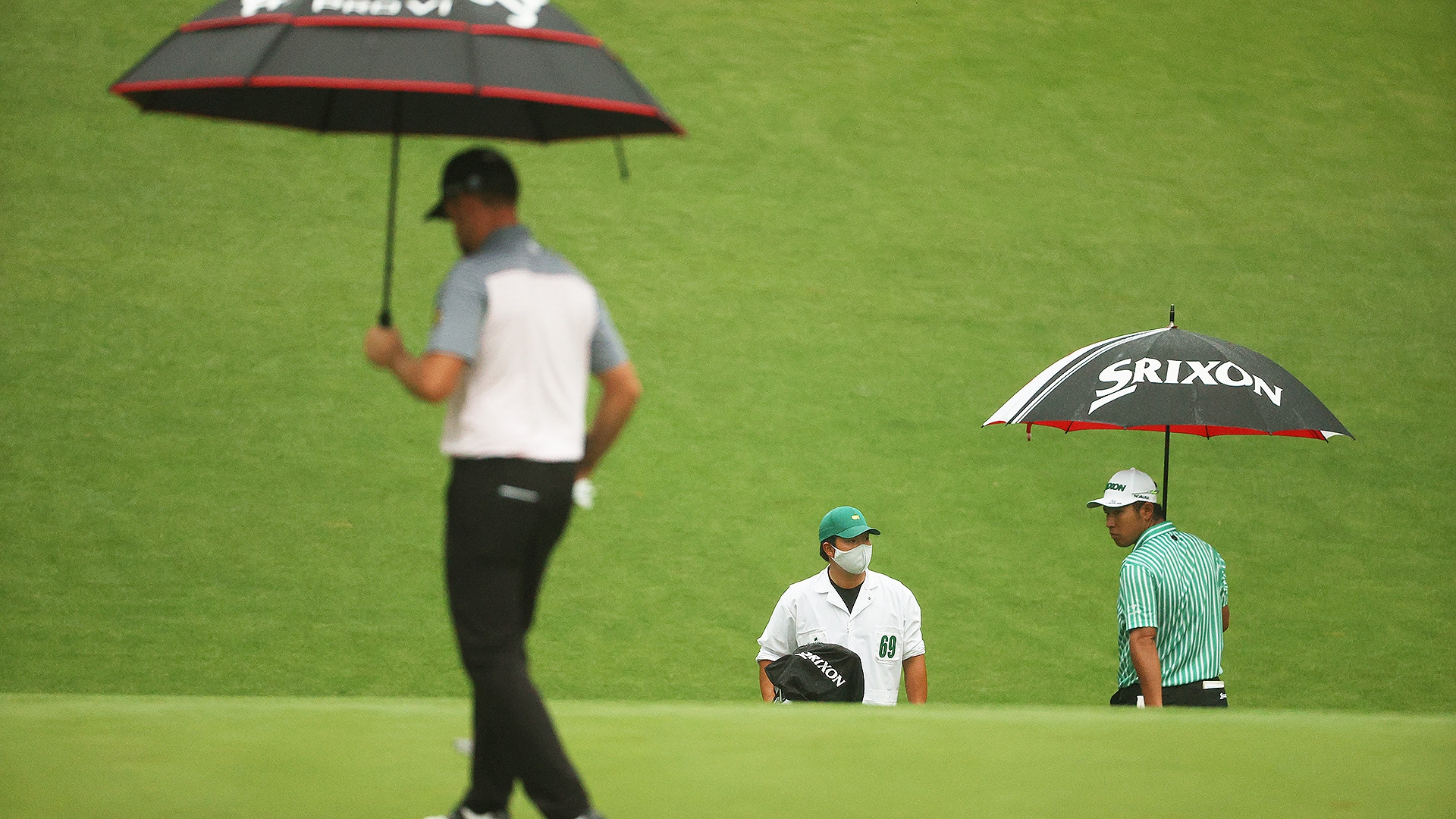 AUGUSTA, Ga. – Twenty-five minutes after the first groups teed off in the 84th Masters Tournament,  play was suspended because of approaching inclement weather.

The Masters Tournament is employing threesomes and split tees over the first two – and final – rounds because decreased November daylight and TV times. Officials had planned on twosomes going off the first tee on Saturday, but that might change because of Thursday’s delay.