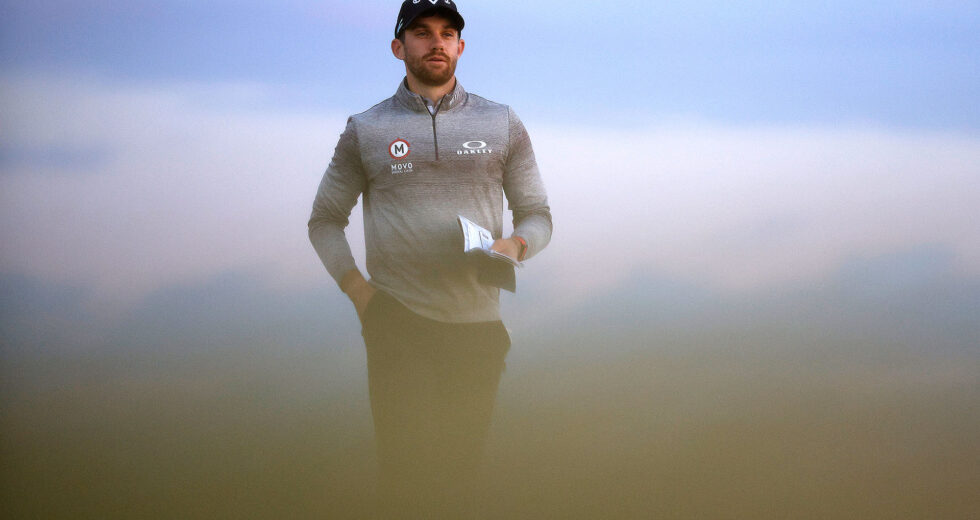 Appreciation, perspective, call it what you will, but Patrick Rodgers has it after losing and then regaining his PGA Tour card.

Making his third start of the new season, Rodgers is in contention for win No. 1 at the Butterfield Bermuda Championship. The 29-year-old shot 7-under 64 on Friday and stands at 10 under par, leading the tournament after the morning wave wrapped up play on Day 2.

And what luck of the draw it was to be among the late-early groups at Port Royal Golf Course. Winds were howling and rain was lashing early Thursday, with Matthew Fitzpatrick calling it, “the hardest wind I’ve ever played in.”

He was very pleased to shoot even-par 71, but the afternoon calmed and 6 under led by day’s end. Rodgers posted an opening 68 and in even more tranquil conditions on Friday, fired his lowest score since the 2019 Wyndham Championship.

“I’ve never seen Bermuda this calm, at least here at Port Royal,” he said after completing his second round. “Yeah, I felt like it was a round where we needed to take advantage of it and I just did a great job of staying patient and giving myself a ton of opportunities.”

Rodgers made six birdies, one eagle (courtesy a chip-in) and one bogey on Friday. He stood a shot clear of Vincent Whaley when he signed his card.

In his eighth year on Tour, Rodgers is still seeking his first win. He was a college sensation, winning 11 times at Stanford, tying Tiger Woods’ record (later matched by Maverick McNealy), and was the No. 1-ranked amateur in the world.

He’s three times finished runner-up in a Tour event, most recently in the 2018-19 season, when he lost to Charles Howell III in a playoff at the RSM Classic, after shooting 61-62 over the weekend.

Losing his card, however, never seemed a concern – until this past season. Rodgers had only one top-10 finish, missed 15 cuts and ended the year 128th on the FedExCup points list. Thanks to a couple of top-20s at the Korn Ferry Tour Finals, he was able to regain PGA Tour status for this season.

“It’s been a heck of a summer. It’s the first time I had to grind to keep my card after just missing the playoffs. That was a really – just difficult, emotional battle,” Rodgers said. “I felt a huge weight lifted off my shoulders since coming back. I don’t feel like there’s much that can stress me out on a golf course at the minute and I’m just really grateful to have opportunities to play.”

Rodgers started this season with a T-6 at the Fortinet Championship. He missed the cut at the Sanderson Farms Championship, but is back in contention in Bermuda. A primary reason for his success thus far this week: iron play. He was 176th on Tour last year in strokes gained: approach the green. He’s hit 30 of 36 greens in regulation through two rounds at Port Royal, including 17 of 18 on Friday.

It’s early in the year, but Rodgers is off to his best start since nearly winning in the fall of ’18. Appreciation and perspective are words of which he would approve, but there is another one that best defines the way he feels at the moment.

“I think gratitude is important. I think, to be quite honest with you, there have been times where I’ve lost sight of how amazing it is to be on the PGA Tour,” he said. “The grind of this summer trying to fight to keep my card, I really had to kind of learn to understand what it meant to me. Like I said, I’m carrying a lot more gratitude going forward, which is awesome.”