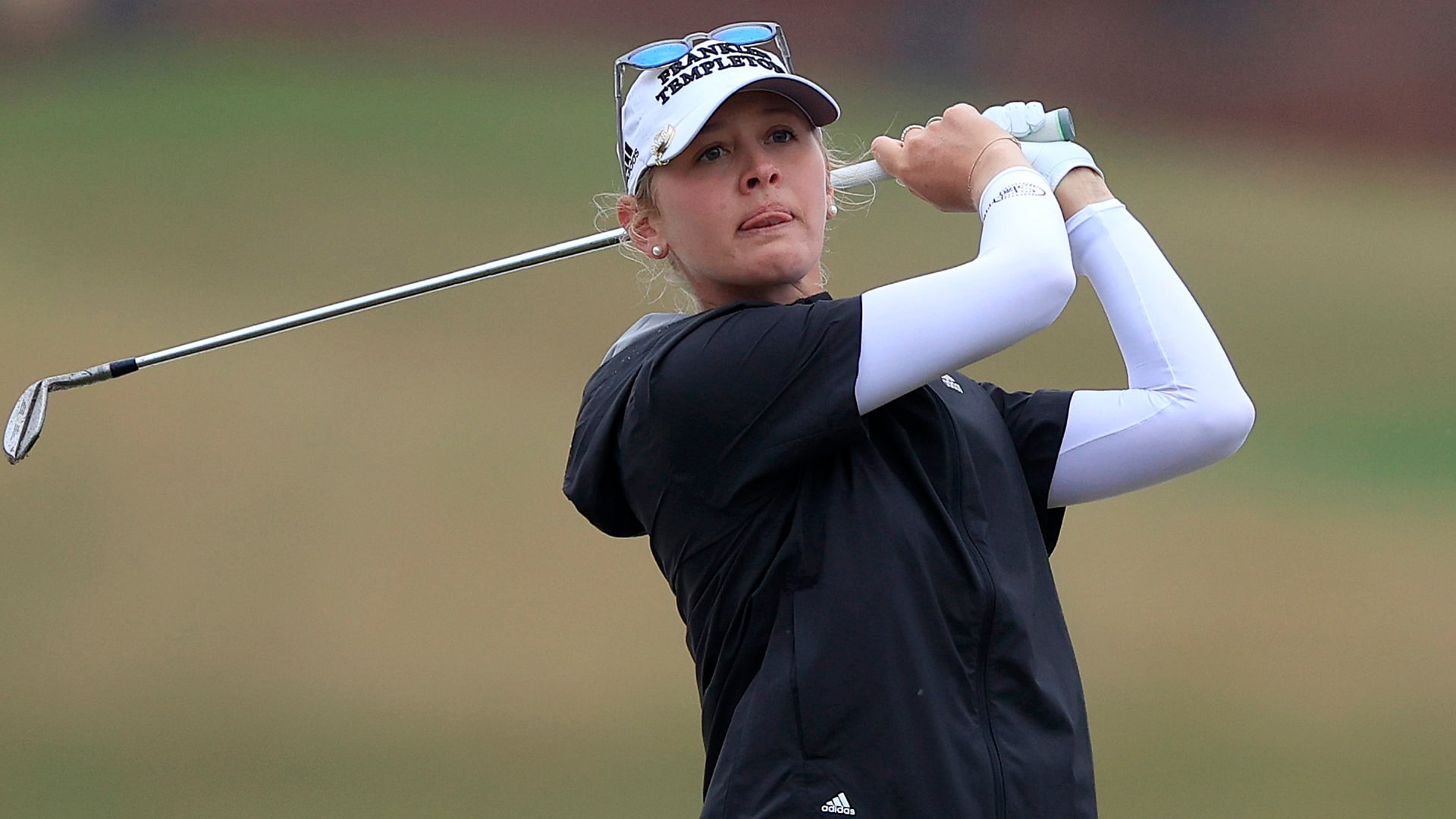 They started walking well behind her, they didn’t talk to her unless she said something first, and she noticed Fitzgerald had started picking up his ball. After she made eagle at the par-5 17th, Korda looked at her scorecard for the first time. She quickly realized why her partners were trying to stay out of her way.

That eagle got Korda to 10 under for her round.

An improbable ace at the closing par-3 18th at Tranquilo Golf Club would mean that Korda had a shot at carding 59. Annika Sorenstam is the only player to card 59 on the LPGA. As a deejay played music on the final tee box, Korda hit 6-iron to 9 feet and rolled it in for birdie and a round of 11-under 60. It’s her career low round on the LPGA.

“Honestly, I wasn’t thinking about it,” Korda said about the prospect of shooting 59. “The weather kind of makes you concentrate on the next shot. You don’t have a whole lot of time to think about everything else.”

On Saturday, the weather shifted after a picturesque start to the round. Cloudy skies and a misting rain made for cold and damp conditions with temperatures in the mid-60s. While Korda was hyper-focused on navigating the weather, she recorded seven birdies and an eagle en route to a back-nine 28.

“She was fantastic, and I think she could have shot 59 really easy,” Baier said. “Towards the end we were nervous, so we tried to get out of the way as much as we could.”

“I picked up on 18 just so I didn’t mess up the flow,” Fitzgerald said. “I just wanted her to be comfortable and stay in her routine.”

Korda’s round of 60 is just the fifth on the LPGA and the first since Paula Creamer at the 2008 Marathon Classic.

“Days like today don’t come often, so you really cherish them when they do,” Korda said. “We still have tomorrow left, and just going to keep in good spirits and keep it going.”

Korda sits at 19 under, two shots back of 54-hole leader Danielle Kang. On Sunday, the pair will play in the final group along with Jessica’s sister, Nelly, who is 15 under.