After nearly taking out Rose, Ghim looks to track down No. 1 at Farmers

SAN DIEGO – When Doug Ghim was mapping out his schedule for this season on the Web.com Tour, he had the Bahamas Great Abaco Classic, which ended Wednesday, penciled into his calendar. Those plans, however, were altered dramatically when he received a sponsor exemption into the Farmers Insurance Open.

“This whole week has been crazy. I was just happy to be here,” Ghim said. “I could be grinding it out in the Bahamas right now, and to watch those guys play, I’m glad I’m here.”

Ghim has made the most of what is just his 10th PGA Tour start thanks to a third-round 67 Saturday that moved him into fourth place, just five strokes off the lead held by Justin Rose. This week, however, nearly got off to a disastrous start for both Ghim and Rose.

While playing in Monday’s pro-am, Ghim said he hit a shot that was blown wildly off line by the 30-mph gusts and toward a group of people.

“I look at my caddie (Micah Fugitt) and said, ‘What are they doing up there?’” Ghim said. “They were literally like in prime position to get hit because the wind coming off the left. It was like, ‘Do they know what they’re getting themselves into?’

The group included Rose, who was preparing for this week’s event.

“Justin turned to me and goes, ‘Your ball’s up there.’ I was like, ‘Oh, man, I’m so sorry, I didn’t mean to almost kill you,’” Ghim laughed. “I turn around and I’m like, ‘I might have just got rid of the best competition out there.’” 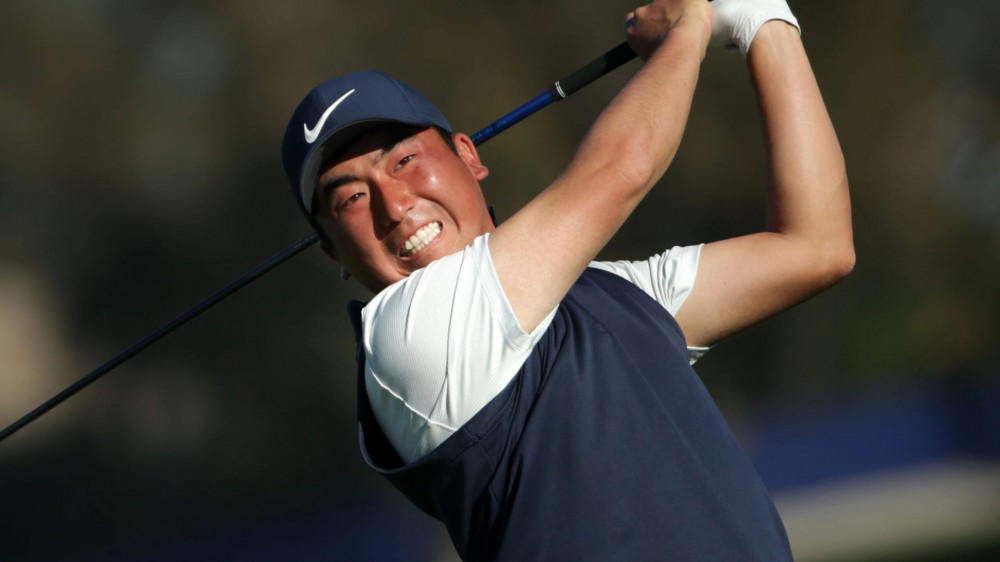 After Further Review: Woods, Mickelson and Wie … oh, the possibilities

Spieth (69) stays in Travelers hunt thanks to putting