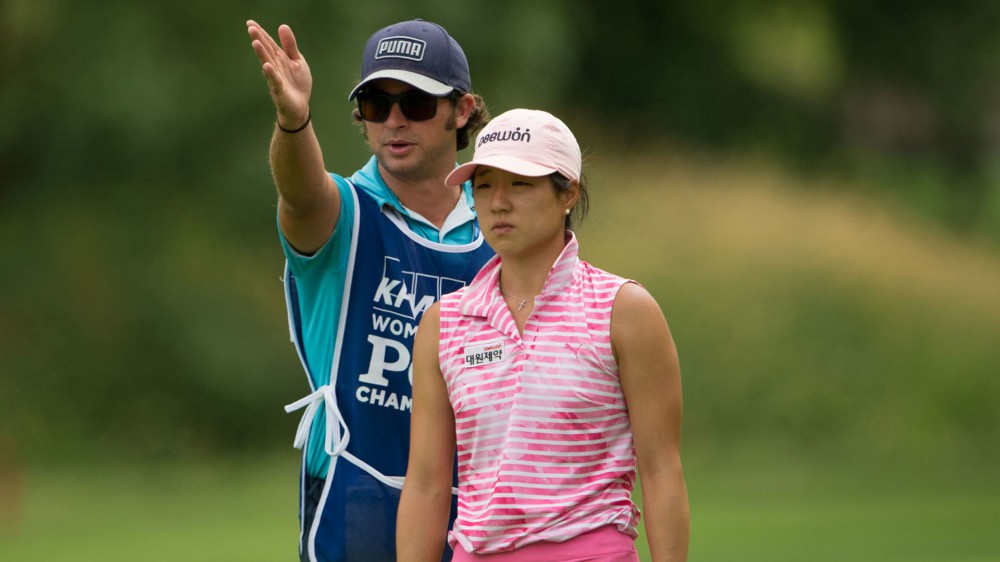 Now, she’s the first to shoot 63 in a major championship.

Shon’s 8-under round Friday at Olympia Fields Country Club marked a stunning turnaround after she opened the championship with a 77.

“I think it’s safe to say I was worried about making the cut,” Shon said.

“I’m just really honored to be among those names,” said Shon, a Princeton graduate. “Especially in a major.”

Shon was apologetic afterward – not for tying a record, but for how upset she was during her 77 in the first round. She was quite open about it, bringing it up herself.

“I just didn’t carry myself the way I want to present myself yesterday,” Shon said. “I got mad at my caddie. It was not his fault. I got mad at all sorts of stuff, and the fault was all mine.”

Shon said a friend made her promise that no matter how frustrated she got Friday, she would hold it in. She seemed as pleased with that as she was with her score.