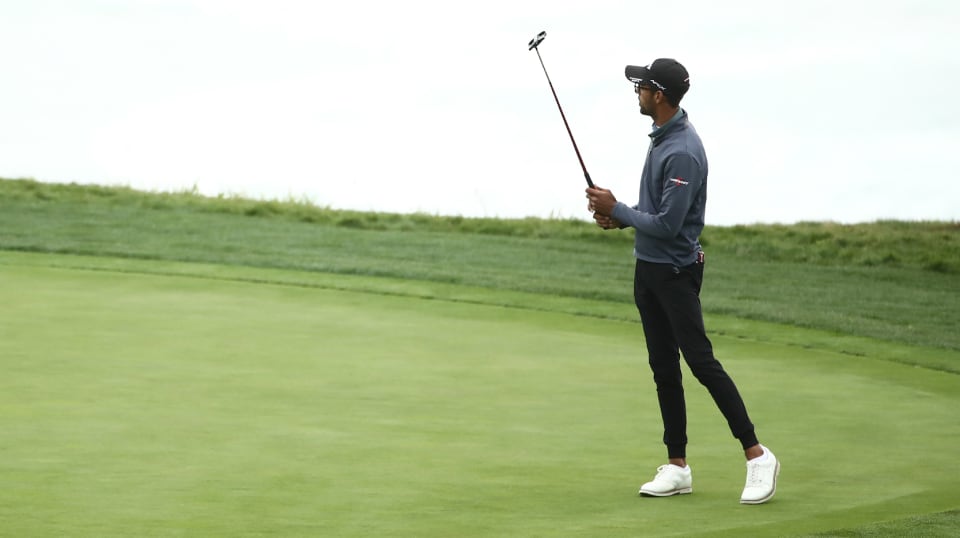 Bhatia also gained more than three strokes on the greens, holing three putts from outside 15 feet. A recent switch from an arm-lock to a short putter paid off.

“It’s probably the first time I’ve ever putted this well,” he said.

His last birdie came after a 207-yard dart to 3 feet on the eighth hole, which requires an approach over the cliffs to a tiny green. It was the most difficult hole Thursday, playing to a 4.23 average and allowing just five birdies. It helped that Bhatia was more concerned with his snack than the daunting approach.

“I was peeling an orange and it was so bad that I was just thinking about the orange and my caddie goes, ‘OK, we got 207.’ I said, ‘OK, I got to (hit),’” Bhatia said. “Just kind of hit-and-see kind of thing. It was a great birdie to steal there.”

He had no bogeys Thursday.

Bhatia, 19, is making his fifth start of the season. He finished T9 at the Safeway Open, making him the youngest player to finish in the top-10 of a stroke-play event on TOUR since Justin Rose finished fourth at the 1998 Open Championship.

Bhatia also part of another interesting note this week. His presence in the field means that Phil Mickelson has played the AT&T Pebble Beach Pro-Am with players born in every decade from the 1920s to the 2000s.