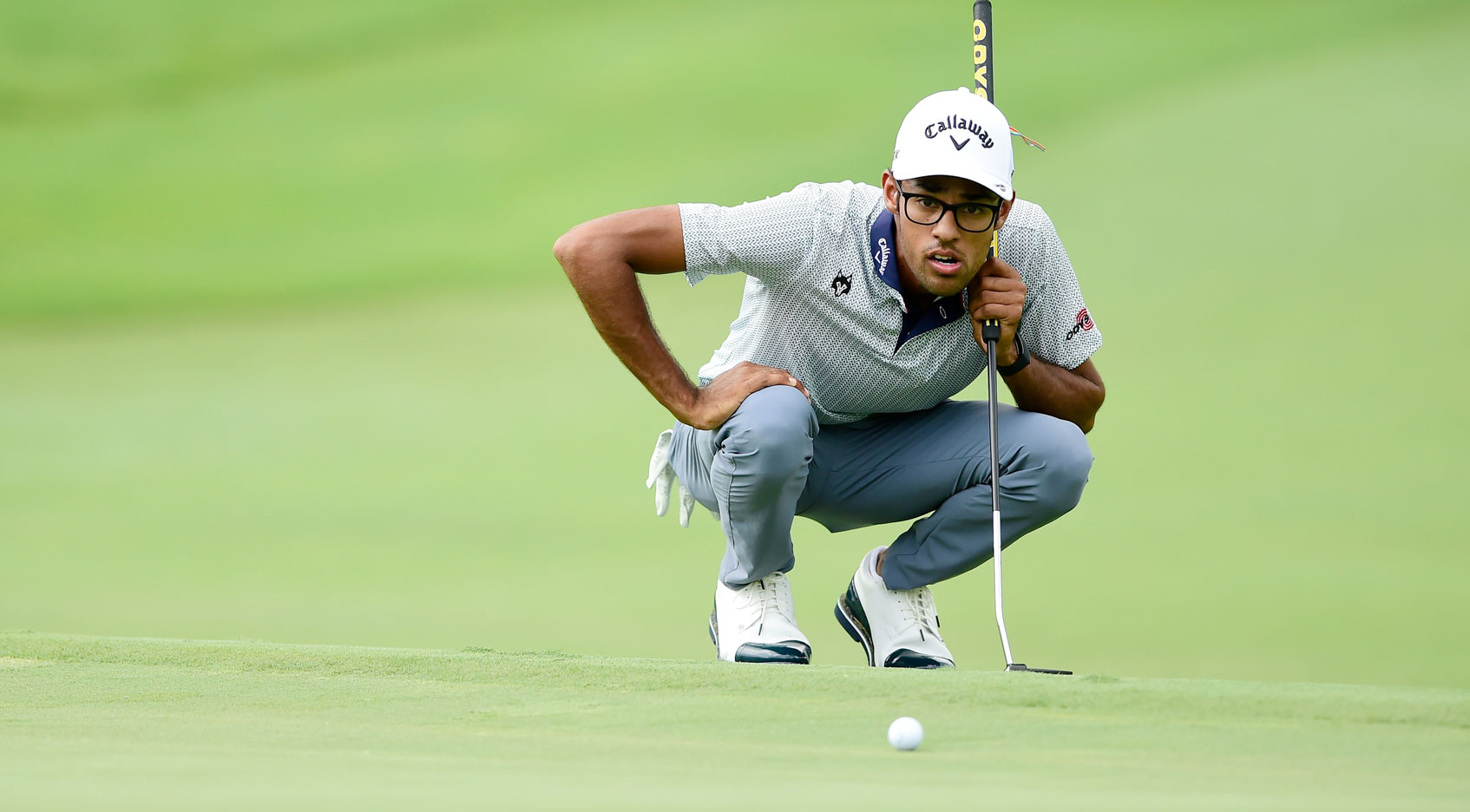 But he’s quickly proving that he’s of age to contend on the PGA TOUR.

The 18-year-old Monday qualified into this week’s Mayakoba Golf Classic presented by UNIFIN, and he’s maximizing his opportunity. Bhatia has opened in rounds of 67-69 at El Camaleon GC, comfortably inside the top-15 midway through the final full-field TOUR event of the 2020 calendar year.

There was a learning curve for Bhatia, to be sure. He missed the cut in his first seven TOUR starts, admitting that urgency to earn Special Temporary Membership was too much of a focal point.

Bhatia made his first TOUR cut at the Safeway Open in September, finishing T9. A weight was lifted, and he’s continuing to display his immense potential in Mexico.

“After that, I felt like I belonged,” said Bhatia of the significance around his Safeway Open top-10. “It showed I could play, that I could score well. I feel like I’m doing everything right as far as practice … I feel like my good is good enough, and that I can compete out here. So it’s just a matter of time.

“I’m excited to keep playing out here, and for the opportunities that I’ve gotten.”

After turning professional in fall 2019, Bhatia missed by six strokes at Second Stage of the Korn Ferry Tour Qualifying Tournament last fall. Then the COVID-19 pandemic hit, putting on hold his efforts of earning TOUR and Korn Ferry Tour starts via Monday qualifiers.

There may have been a silver lining, though. Bhatia carved out a mini-tour schedule that extended through the summer months, building confidence by stacking low rounds.

While several his age are debating their college choices, Bhatia is developing a veteran mindset in the professional golf ranks.

“I haven’t really thought about it,” said Bhatia when asked whether Special Temporary Membership has been on his mind this week. “Any chance I get to play the PGA TOUR, I’m just going to try to play as well as I can.

“If you asked me that last year, I would’ve been thinking about that a lot, and it’s just amazing how much experience can change perspective over a year. Being 18, it’s helped me a lot versus 17.”

Bhatia was born in southern California and now lives in the Raleigh, North Carolina area, where he plays out of the CC at Wakefield Plantation. There, he has cultivated a frequent practice-round grouping with TOUR winners Chesson Hadley and Grayson Murray, as well as Korn Ferry Tour pro Stephen Franken.

He’s learning the value placed on low scores in professional golf – noting the confidence gained via carding rounds of 62 and 63 in mini-tour events this summer – and embracing lessons shared by his veteran practice partners.

“It’s fun just having a good, solid group of guys that like to play and can help each other out with experience,” Bhatia said. “I had a really good summer in mini-tour events and just learning how to be in contention, how to shoot low … and that’s what you have to do out here.”

Bhatia could earn TOUR Special Temporary Membership (which brings the ability to accept unlimited sponsor’s exemptions) by accruing 288 non-member FedExCup Points – the equivalent of No. 150 on the 2018-19 FedExCup standings. He earned 70 non-member Points via his Safeway Open finish, and could move further toward the mark with a strong weekend in Mexico.

He’s no longer thinking along those lines, though. He’s enjoying the competition amongst the mangroves at El Camaleon GC, and looking forward to the weekend ahead.

“I’ve got to say,” Bhatia said, “it’s pretty fun being able to compete with these guys.”