RANCHO MIRAGE, Calif. – Amateur Albane Valenzuela’s memory of last year’s disappointment is helping her relish her run into contention this week at the ANA Inspiration.

She was the low am in the championship two years ago, excited about her return invite last year, but she never made it.

She was involved in a bike accident the day before she was scheduled to fly to the ANA. A student at Stanford, she was biking to her gym and turned down an alley where cars weren’t allowed, but . . .

“There was a car coming,” Valenzuela said.

She veered away and crashed into a trench. She gashed her face, broke four teeth and suffered a concussion.

“But I was very fortunate,” Valenzuela said.

Six weeks later, she was back playing. She won the NCAA regionals in her second start back.

And now she’s trying to win the ANA Inspiration.

With a 1-under-par 71 Friday, Valenzuela was the low amateur here once again, this time among four who made the cut. Her 6-under 138 total is an ANA record for amateurs through two rounds, smashing the mark of 141 shared by Michelle Wie (2004) and Angela Park (2006).

It’s a special week Valenzuela is sharing with her 16-year-old brother, Alexis. He’s her caddie. Their story has captured the admiration of golf fans everywhere. Alexis was diagnosed with autism when he was 2 years old, with doctors telling the family he would never speak. Today, he speaks three languages. Albane was a big part of his development and their “A for A” fundraising effort to support autism research.

Together, they’re embracing this week’s success. 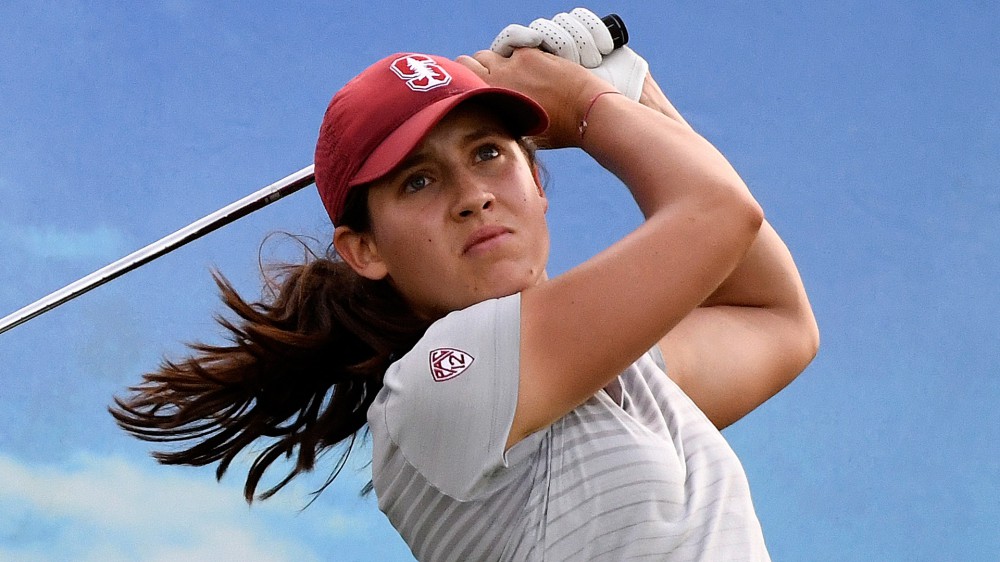