AUGUSTA, Ga. – When Doug Ghim entered the flash area at Augusta National, a reporter asked him to describe his eagle during the opening round.

“Which one?” he said, smiling.

Indeed, it was that kind of day for the University of Texas senior.

Ghim, the runner-up at last year’s U.S. Amateur, eagled the par-5 13th and then holed out from the fairway on 18 to finish with an even-par 72 at the Masters.

“It’s stuff you dream about,” he said.

[email protected] holes out from 179 yards on No. 18 for his second eagle of the day. #themasters pic.twitter.com/wAESqDVCos

“I just looked at it and said, ‘Did I just hit that? Was I the one that did that?’” Ghim said. “I couldn’t believe it until I got to the hole and I marked my ball. It was my ball. I don’t know how it got there.”

He was even more surprised by what happened on 18. From 179 yards away, Ghim’s approach carried onto the back ridge and trickled into the cup, igniting a huge roar from the crowd gathered around the green.

“I saw it land, and then all of a sudden everyone was standing up, and then the next thing I know, I turned around and my dad is running at me full speed,” Ghim said. “I’m just fortunate to play well enough to have the crowd cheering for me when I was walking up 18.”

At 72, he is the low amateur after the opening round. 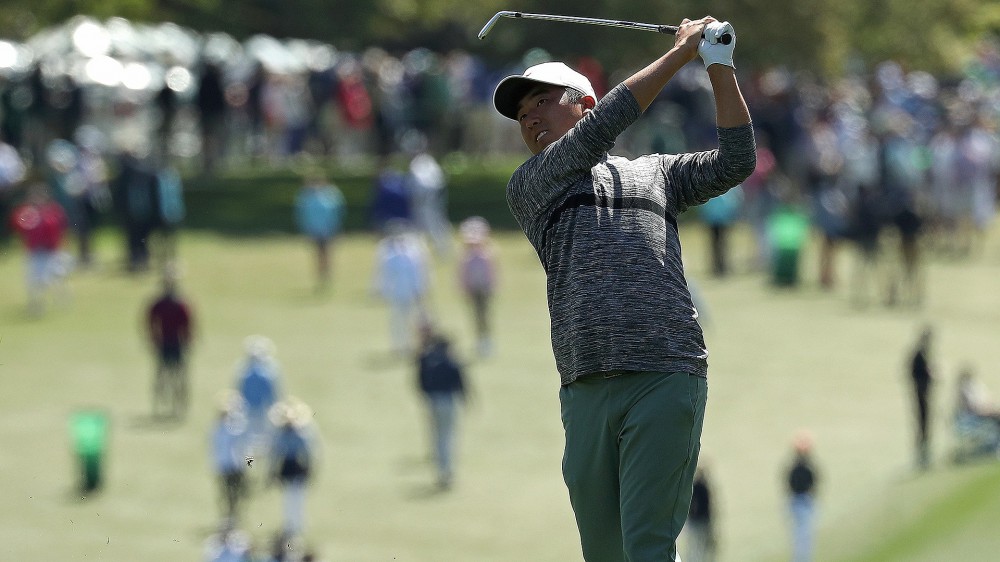