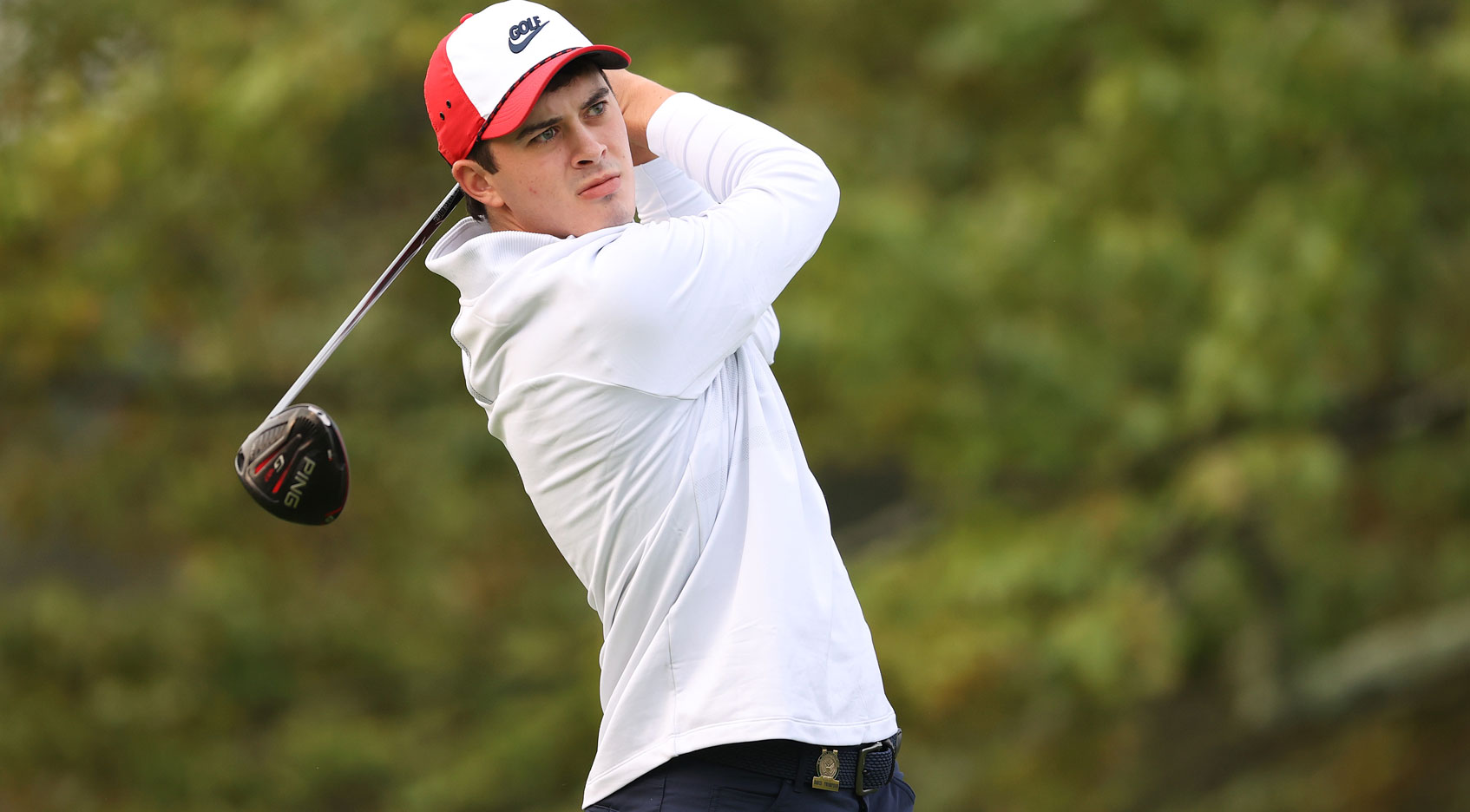 ST. SIMONS ISLAND, Ga. – You may remember Davis Thompson’s name from the recent U.S. Open. Before Bryson DeChambeau stole the show, Thompson was atop the leaderboard early in the week at Winged Foot. The schoolboy who was beating the world’s best players was the feel-good storyline of the first round.

The Georgia senior reached 4 under par early in his back nine before making three bogeys on his final six holes. Still, his first-round 69 matched DeChambeau’s opening score. Thompson, despite an eagle on his 33rd hole of the tournament, missed the cut by one shot, however. That near-miss, as they often do, provided valuable experience. He played those two rounds alongside fellow Bulldogs Brendon Todd and Harris English.

“They kind of showed their emotions a little bit, but once that shot was over, they were on to the next one. I think I hit a lot of really good golf shots that second round at the U.S. Open, but the margin for error’s just so little out there,” Thompson said Tuesday. “I kind of let that get the best of me and that kind of led to some more bogeys. It was a great experience for me to learn how to deal with those mistakes and how to deal with just moving on and not really thinking about the previous shot.”

The U.S. Open wasn’t his first time playing against, and beating, PGA TOUR players, however. He finished 23rd in last year’s RSM Classic.

Thompson is back in the field this year thanks to his record-setting win in February in the Jones Cup Invitational, a prestigious amateur event whose past champions include Justin Thomas and Patrick Reed. Thompson set a tournament scoring record while winning by nine shots.

“I knew I was able to do that, it was just kind of putting it all together and believing in myself,” Thompson said Tuesday. “The Jones Cup was just kind of one of those weeks where everything clicked for me and the final round I was able to kind of just run away with it, which is a good feeling. I mean, it gave me a lot of confidence in that I can do this for a really long time if I keep progressing like I am.”

He arrives at Sea Island after recently reaching No. 1 in the World Amateur Golf Ranking and No. 3 in the PGA TOUR University Rankings. If he can stay in the top 5 of PGA TOUR U through the end of the college season, he will earn Korn Ferry Tour status for the remainder of the 2020 season.

With SEC teams playing a conference-only schedule this fall, Thompson has finished in the top six in all three of his starts. With PGA TOUR University points available at both collegiate and professional events, this week’s The RSM Classic is another opportunity for him to improve his ranking.

“It’s a great incentive to have,” Thompson said. “I wouldn’t say I necessarily pay attention to the rankings, it’s just kind of one of those things I see on Twitter when they come out with the rankings. I’m interested in it, but I’m really not trying to play for the ranking, I’m just trying to get better each and every day.”