Going for her first LPGA victory in the final round of the McKayson New Zealand Women’s Open, Belen Mozo had more than pressure with which to deal. She had flying signs.

The weather turned so nasty in Auckland that tournament signage was blown across the course, endangering the players. Mozo and her group tried to take cover, but the umbrellas were of little defense.

You can see the commotion in the video Mozo tweeted, via the New Zealand Herald, and hear Mozo say, “This tour, we’re like sheeps.”

https://t.co/hzW2l0jgOV @LPGA is a tour where players DONT have a say or a voice. Like I say we are "like sheeps"

Mozo then clarified her position.

My reason for complaining had nothing to do with result,it was after the fact I almost got slammed by a sign and was told to stay were I was

Stay were I was, under a tent. Like SHEEP not SHEEPS. Sorry about that!

Mozo wasn’t alone in her displeasure.

This is ridiculous!!!! There is no way these girls should be out there during those conditions!!!

The final round of the event was eventually suspended for the day. Mozo started the final round with a one-stroke lead but was 2 over through six holes, while Brooke Henderson made three birdies in the same stretch to take a four-shot advantage over Mozo and Lincicome. The final round is scheduled to conclude on Monday. 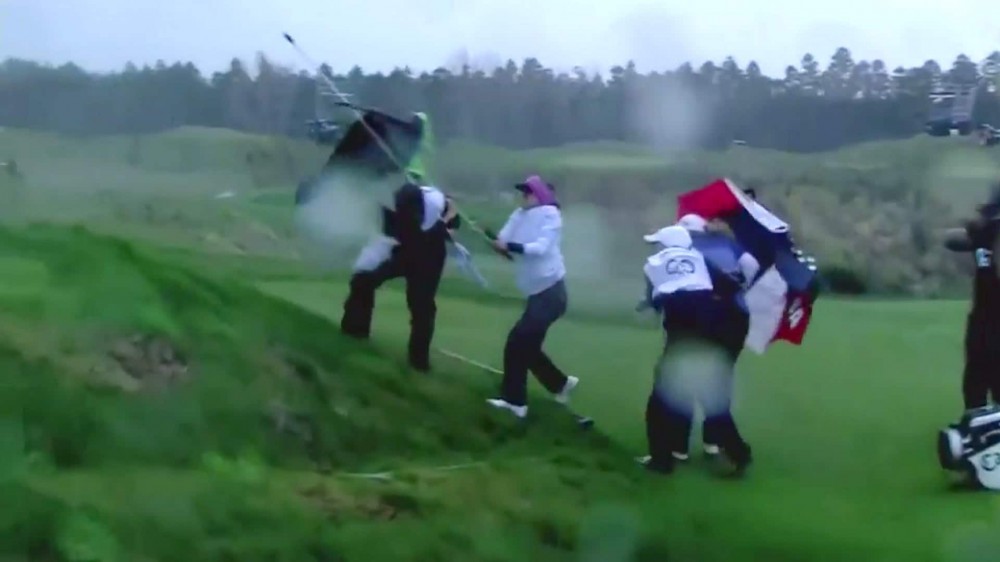 Masters to have ‘limited’ attendance; ANWA, DCP back on schedule