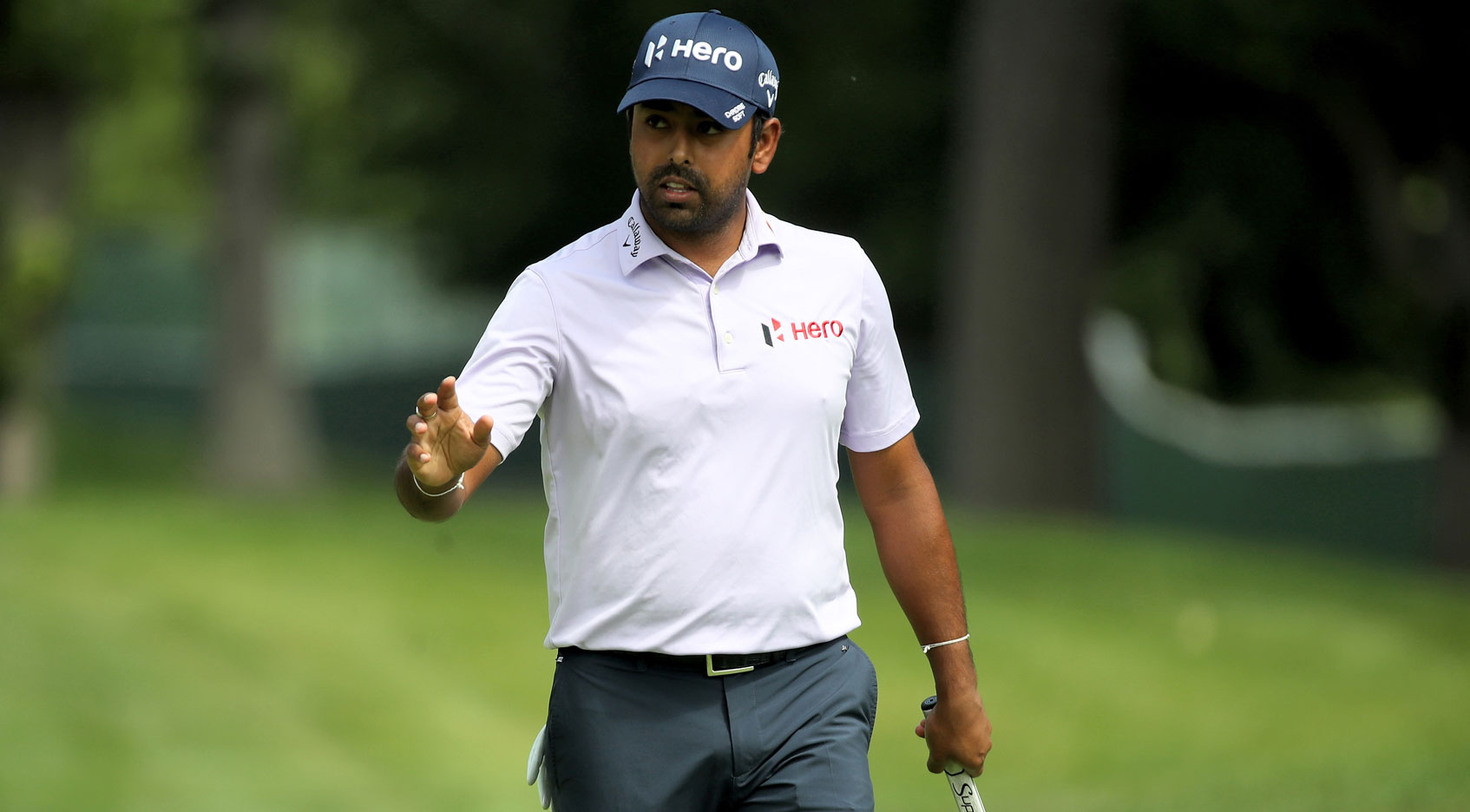 Anirban Lahiri wasn’t in the field for the Sanderson Farms Championship when he booked a ticket on the TOUR’s charter flight from the Dominican Republic to Jackson, Mississippi.

He needed a top-10 finish in the Dominican to get in this week’s field. He hadn’t had one in nearly two years, but Lahiri was confident about his game entering last week’s Corales Puntacana Resort & Club Championship.

“Jackson isn’t exactly an easy place to get to, especially from the Dominican. … I felt really good up in Napa (at the season-opening Safeway Open), had a horrific start and really fought my way back, played some quality golf after a long time. I felt like I could ride that momentum last week, and I love playing paspalum, so I just had that feeling that if I go out there and do what I’m doing right now, I should get on that plane to Jackson. It paid off,” Lahiri said after shooting a bogey-free 66 in the first round of the Sanderson Farms Championship.

Lahiri is 33 under par in his last eight rounds. After a first-round 74 at the Safeway Open, he shot 14 under in the next three rounds at the Silverado Resort. He was 13 under par at Corales Puntacana to finish sixth.

Lahiri, a two-time Presidents Cup participant, struggled before this recent run. He had just one top-10 in the 2018-19 season and didn’t finish in the top 40 in any of his 12 starts before the season ceased because of the coronavirus.

Lahiri was in India for five months, which gave him an opportunity to work with his instructor, Vijay Divecha. He didn’t return to the TOUR until the Wyndham Championship, the final regular-season event of the 2020 season.

“I left pretty much the Monday after (the Arnold Palmer Invitational presented by Mastercard) to go play the Asian Open, and then we got locked in. They closed the borders down. So I was there for a long time,” Lahiri said. “I spent about 40 days straight with my coach before I came back out here, and I got back to the basics, undid a lot of the bad habits that had crept into the game and just tried to clean up the game, clean up the mind.”