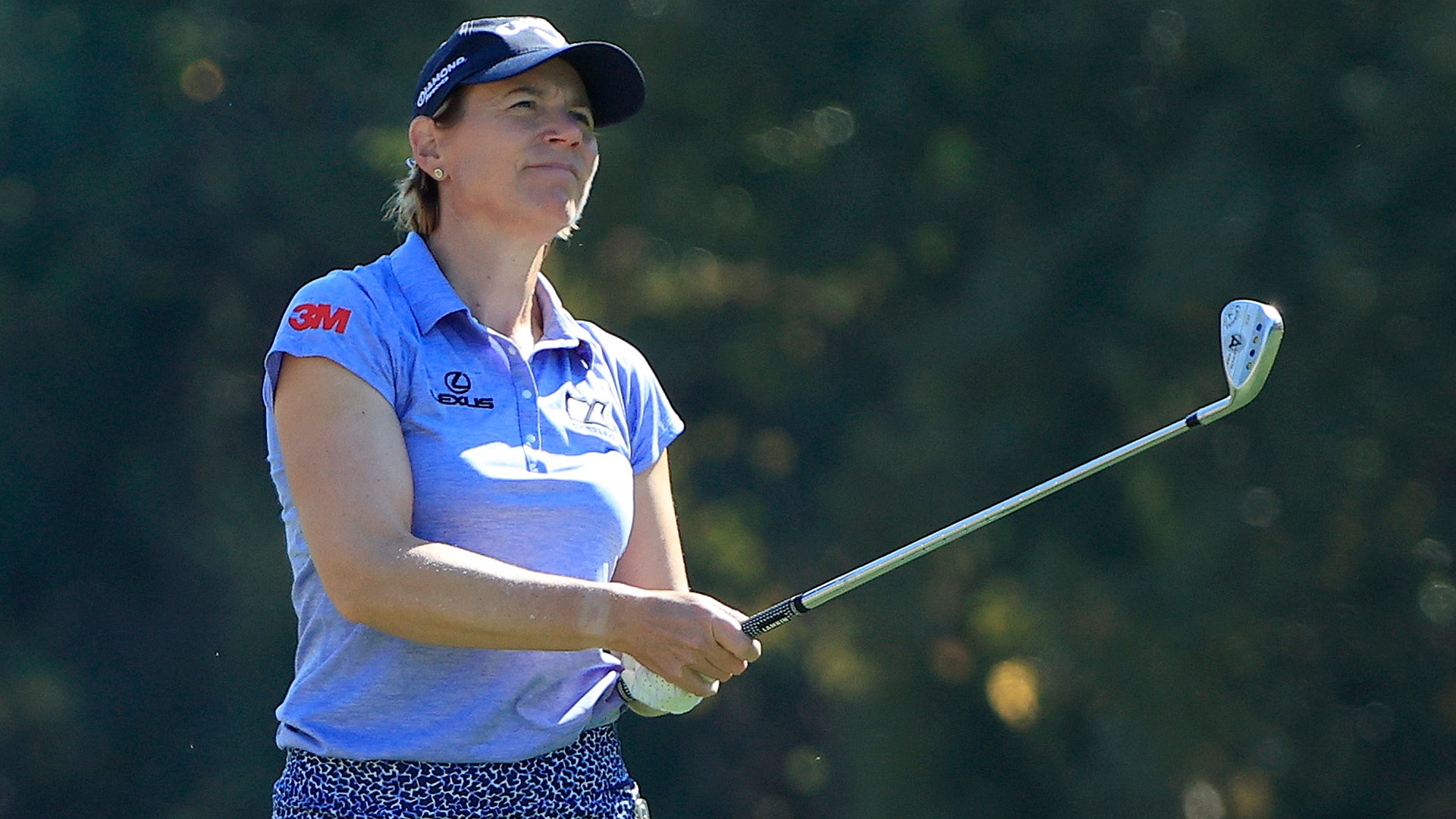 It didn’t take long for Annika Sorenstam to get those competitive juices flowing. For the second time in as many months, the 72-time LPGA winner will be competing with the best on tour.

But this occasion will be official.

Sorenstam announced Tuesday on Twitter that she will compete in the Gainbridge LPGA, February 25-28 at Lake Nona Golf and Country Club in Orlando, Florida. She made her unofficial LPGA return in January at the Diamond Resorts Tournament of Champions, also in the Orlando area, where she competed in the celebrity division. Her participation in February’s event will mark her first competitive start on the LPGA Tour since she stepped away from the game to start a family in 2008.

“[Thirteen] years is a long time to not compete,” Sorenstam told GolfChannel.com via email.  “We reached out to the LPGA to see if I was even exempt and learned there are four spots for Hall of Famers each week.”

“They had to explain how to register,” she said, adding a smiling-face emoji. “I’m thankful to be able to play.”

In its second year on tour, the Gainbridge LPGA moved from its inaugural location in Boca Raton to Lake Nona, which is also Sorenstam’s home course. The move played a major part in Sorenstam’s decision to compete.

“It is literally in our backyard,” said Sorenstam, who lives on the course. “We look at the 16th hole and our kids and lots of members have urged me to play. I thought, why not? I need to practice. If the tournament wasn’t here, I wouldn’t be playing.”

Sorenstam, who finished T-9 in the celebrity division of the Diamond Resorts TOC, played alongside several LPGA players who were too young to have competed against the Hall of Fame member in her prime. Gaby Lopez and Nelly Korda were grouped with the Swede at the tour’s season opener and embraced the opportunity to watch and learn from the 10-time major champion.

“We talked a lot about short-term goals,” Lopez said about playing with Sorenstam. “Today was probably one of the luckiest days of my life being able to play with her in a competitive round.”

Being back inside the ropes, Sorenstam learned quite a bit, too. Playing golf, let alone competitive golf, had largely taken a back seat since Sorenstam retired in ‘08. Much of her time in recent years has been spent raising her two children, Ava and Will, and participating in a variety of ventures to grow the game through her Annika Foundation.

“I realized that I was nervous and rusty,” Sorenstam said about playing in the Diamond Resorts event. “I know that’s natural, but the only way to get used to it is to have those same feelings again. Though, my expectations are low as I’m at a different place in my life.”

Sorenstam turned 50 last October and while she might not have designs on winning in her LPGA return, she does have her sights set on another major title this summer: the U.S. Senior Women’s Open at Brooklawn Country Club in Fairfield, Connecticut.

“I realized after the Diamond Resorts event that I need tournament reps if I’m going to have a chance at playing well [at the USSWO],” Sorenstam said. “Ironically, I don’t play 18 holes at Lake Nona very often. I need to play the entire course more in the next couple weeks.”