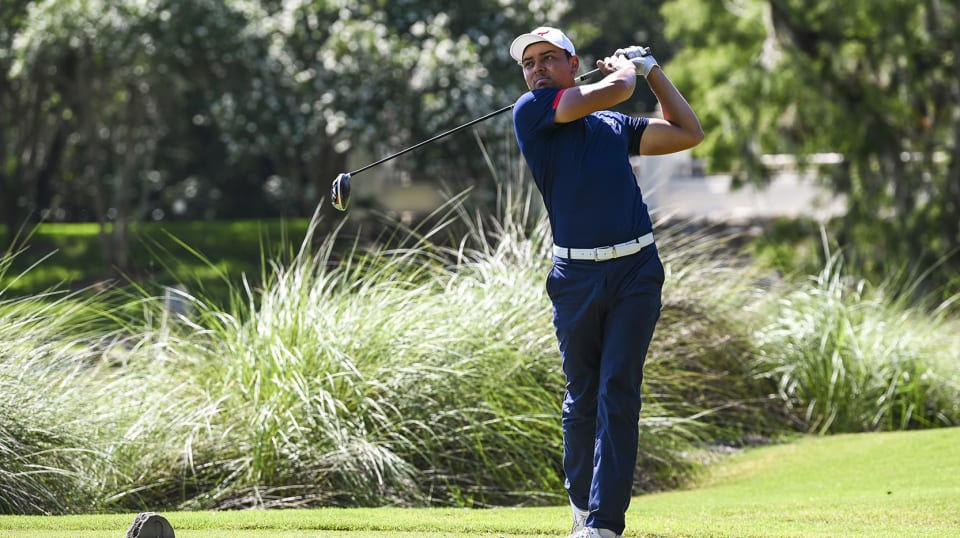 ST. AUGUSTINE, Fla. – In the midst of an amazing two-month period for the APGA Tour and its players, the pro golf series travels to St. Augustine, Florida, for its next 2021 tournament, the APGA Tour at World Golf Village, Sunday through Tuesday, March 21-23.

With a mission of bringing greater diversity to golf, the circuit’s fourth competition of 2021 will be conducted under social-distancing and health/safety guidelines in conjunction with regional authorities. The 36-hole event (March 22-23) will be contested on the renowned King & Bear layout.

Veteran PGA TOUR player Julian Suri won the event in 2020 with a birdie on the first hole of sudden death, after a 36-hole deadlock with Patrick Newcomb. Once ranked 60th in the world, Suri is playing in Europe this year and is not expected to defend his title.

So far on the 2021 APGA Tour, Michael Herrera and Landon Lyons were co-winners at The Crossings at Carlsbad Jan. 28 before Lyons captured the APGA Tour Farmers Insurance Open Invitational on January 30. Jarred Garcia emerged victorious at the APGA Tour Black History Month Classic, which was contested February 19-21. Each of these players and 40-plus other top APGA Tour players will be in the field at St. Augustine competing for a share of the $25,000 purse.

APGA Tour stars Willie Mack III and Kevin Hall, who started PGA TOUR events in February as sponsor exemptions, as well as 2020 APGA Tour Player of the Year Tim O’Neal, are also expected to compete.  Mack, Hall, O’Neal and Kamaiu Johnson have all played in PGA TOUR and Korn Ferry Tour events over the past several months, resulting in tremendous media exposure and consumer awareness of the APGA Tour’s growth and progress.

Mack, Hall, and Johnson received consistent network TV coverage and social media exposure in their PGA TOUR efforts at the Farmers Insurance Open, the AT&T Pebble Beach Pro-Am, the Genesis Invitational and the Arnold Palmer Invitational. All three missed the cut and look forward to the APGA Tour schedule and other competition opportunities going forward. Johnson will not play in St. Augustine because of his participation in The Honda Classic (March 18-21).  Johnson is also playing on the Korn Ferry Tour as a sponsor exemption in the Emerald Coast Classic at Sandestin April 1-4.

Same day scoring detail for the APGA Tour at World Golf Village is available at www.bluegolf.com.

APGA FALL SERIES TO BE ANNOUNCED