ORLANDO, Fla. – Kiradech Aphibarnrat has given new meaning to the term, living out of a suitcase. Try seven.

The 29-year-old Thai kicked off the new year in, well, unique fashion. (How else would you describe a top-50 player in the world teeing it up in an Asian Development Tour event?) From there, Aphibarnrat flew to Abu Dhabi, spent three out of four weeks on the West Coast Swing, jetted down to Mexico and most recently pegged it at the Honda Classic.

Somehow, though, Aphibarnrat is feeling refreshed this week at the Arnold Palmer Invitational. Sure, this is his eighth event in nine weeks, but it’s also a home game for the first time.

Aphibarnrat, who boasts two T-6 finishes in three API starts, settled into his new home in tour-pro-approved Lake Nona last month, though hasn’t gotten to enjoy his newfangled pad much. That has changed this week, as the Thai and his wife, Tunyatorn, are hosting several family members and, for once, Aphibarnrat is giving his suitcase a well-deserved break.

“I can finally get to play a tournament and then go home and sleep in my own bed,” said Aphibarnrat after opening with a 1-under 71 Thursday at Bay Hill, where he rebounded from a poor putting performance at PGA National (which dropped him from third to 25th in strokes gained: putting for the season) to cover more than 100 feet of putts on just 24 strokes with the flatstick.

Living in Lake Nona, of course, has other perks, especially if one feels the need for speed as much as Aphibarnrat.

Just a few blocks away from the Aphibarnrat residence lives Ian Poulter, a car nut and more specifically Ferrari fanatic. Aphibarnrat, who owns several sports cars back home in Thailand, went over to Poulter’s place last week to check out the collection.

“He has the best Ferrari collection that I’ve ever seen in my life,” Aphibarnrat said. “I told him I could spend a whole day in his garage just walking around and seeing every inch and every detail of each car.”

Said Poulter: “He’s a great lad. We spent some time in the simulators and had a great time. We’re both petrol heads.”

Seeing Poulter’s toys has Aphibarnrat dreaming big – and feeling a little homesick. At the moment, he only owns one car stateside, a Porsche Macan GTS.

“I needed to have something that my wife can drive,” he said.

But when he cashes his next big paycheck (he recently tied for third at the WGC-Mexico), Aphibarnrat expects to make some noise.

Safe bet even the smallest of suitcases won’t fit in that purchase. 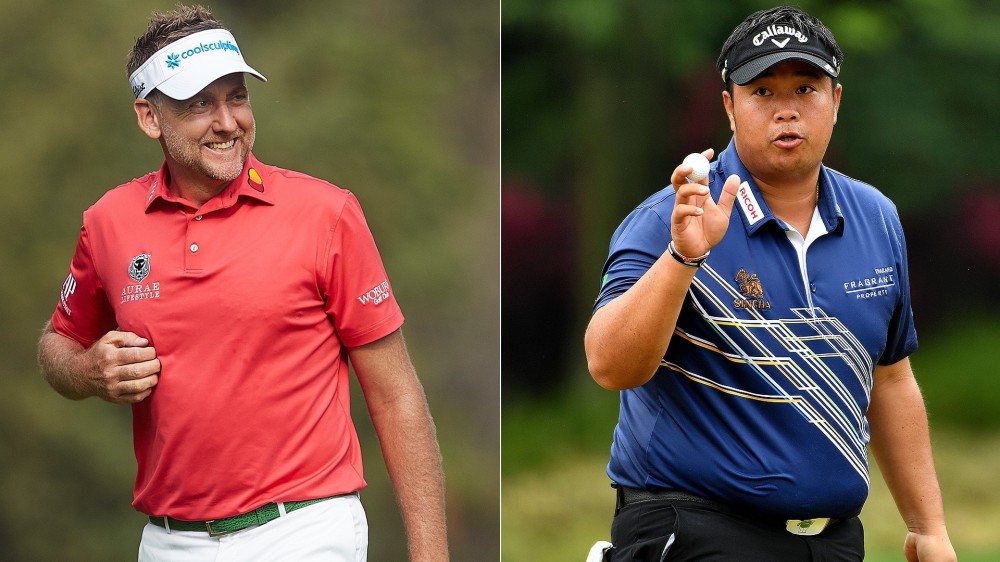 Slumbers differs from Davis on how 'smoothly' new rules have gone

By the numbers: Key stats from Fowler's Hero win