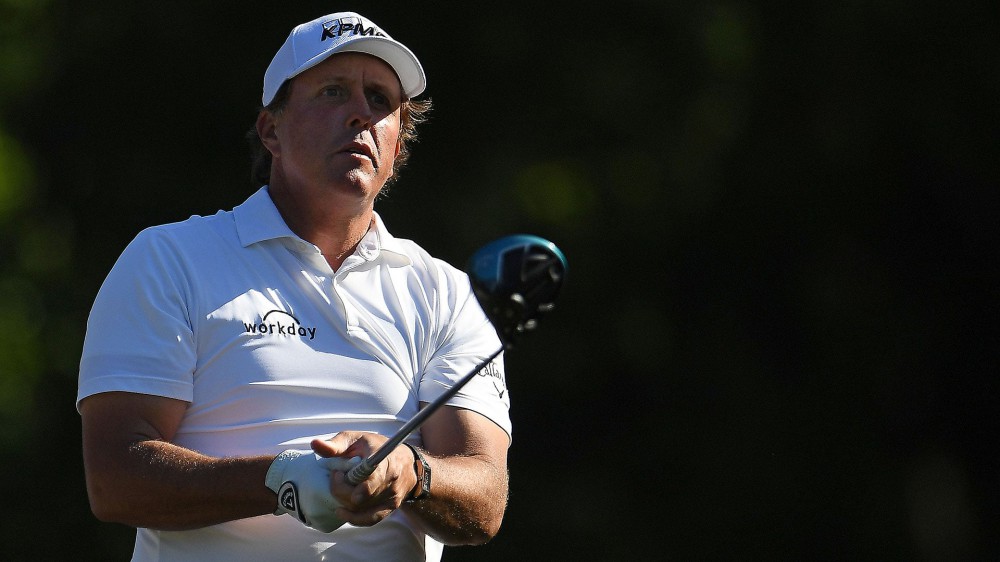 HUMBLE, Texas – For the third straight day, Phil Mickelson was unable to avoid the big numbers at the Houston Open.

Mickelson had two different stretches of three straight birdies during his third round at the Golf Club of Houston, but he still only managed an even-par 72. That’s because he put two balls in the water en route to a triple bogey on No. 5, then rinsed another on No. 12 while making double bogey.

Mickelson’s three-putt bogey on No. 11 Saturday was actually his first bogey of the week, following a double bogey during his opening-round 68 and a triple bogey during a second-round 71. After briefly flirting with missing the 54-hole cut, Mickelson rallied with a trio of birdies to get back to 5 under for the tournament and ensure he’ll have a Sunday tee time.

The “others” are a bit of a concern for Mickelson with the Masters on deck, but he’s able to put the misses in perspective.

“The course out here has a hazard in play on every hole except for No. 1, whereas at Augusta it has a hazard in play on two holes. So that’s good, and that allows me to play Augusta and not have to be perfect,” Mickelson said. “I can get away with some drives over at Augusta that you can’t get away with here, but yet I’ll still have to work on it.”

Mickelson described the second round as his worst ball-striking performance of the year, an effort that he salvaged only with his trademark short game and strong putting. After hitting eight of 14 fairways and 12 of 18 greens in regulation during the third round, he explained that there’s still work to do heading into his final competitive prep before the season’s first major.

“I’m not striking it the way I’ve been striking it this year, but it’s not far off. I started to find it a few holes coming down the stretch,” Mickelson said. “I’m driving it longer, but I also this week, I’m a little worried that I missed some that I haven’t been missing. So I’ll have to work on that.”