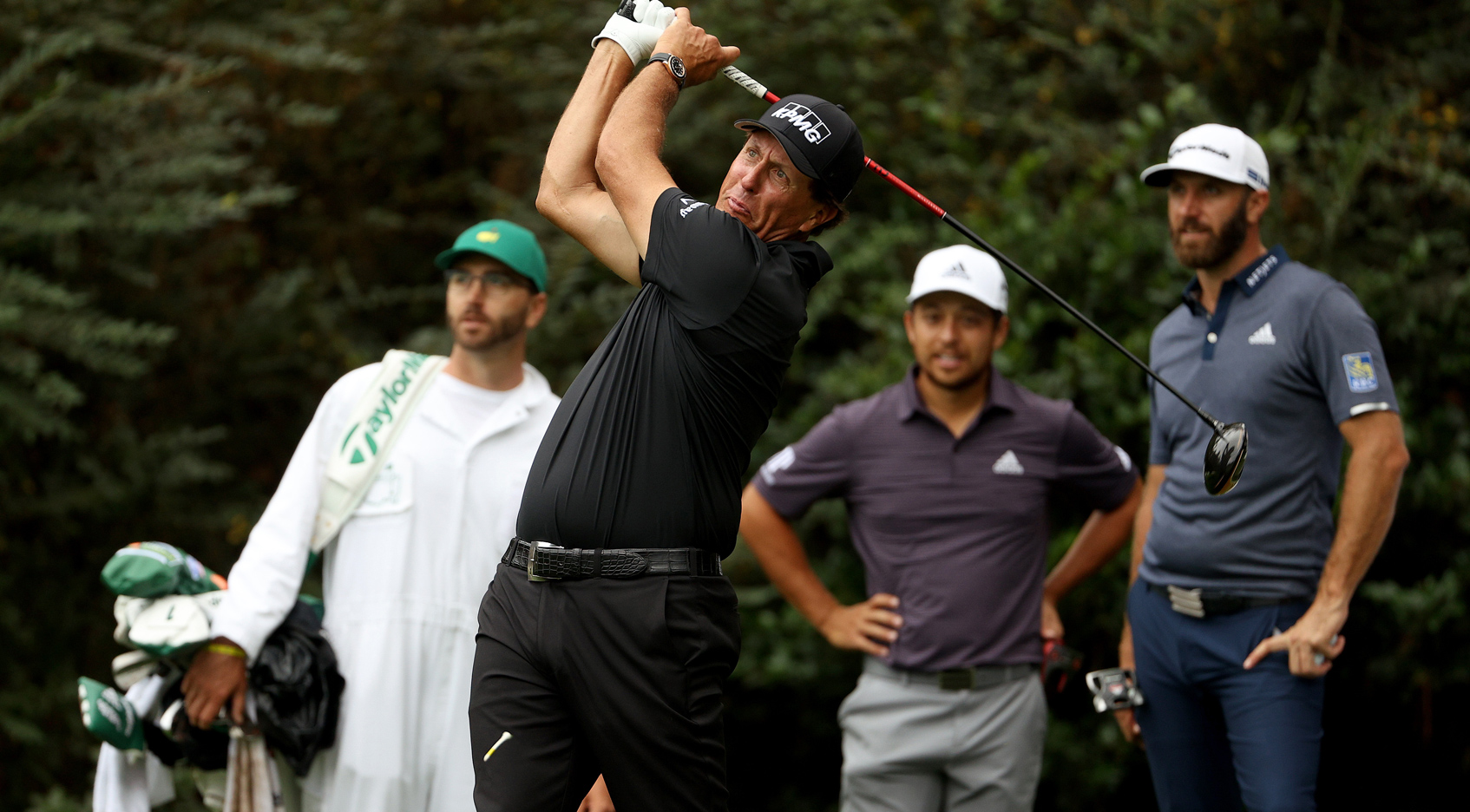 The Bryson Effect is a real thing. TOUR players are pushing themselves to find five, 10, or even 15 mph of ball speed. Players are hitting the gym, and changing their equipment, in hopes of surpassing the 350-yard barrier.

It was just a few weeks ago when we heard of Bryson’s intention to test — and potentially put in play — a 48-inch driver. For those that don’t know, the “normal” TOUR length for a driver is anywhere from 43.5 inches (Rickie Fowler) to the TOUR standard of around 45 inches.

So what does a longer club do? Well, it’s simple: If the whip is longer, the head has more time to speed up and boom—more distance.

So what’s the catch? Accuracy.

Yes, it goes a long way but can get off-line very quickly. Back to the whip example: If that whip has a long way to go but it’s coming in on the wrong plane, that equals long in the wrong direction. This is why when you watch a long-drive competition, you will see shafts close to 50 inches—and the vast majority of drives going well wide of target.

Another element of the long drive world: The person swinging the club is more likely to look like a lineman than Justin Thomas. It takes ridiculous strength to generate and control 140 mph of clubhead speed with a driver that’s more than 4 feet long.

Nevertheless, Bryson’s competitors are at least circling the bandwagon, if not fully jumping on board, and are asking PGA TOUR reps to build them long sticks.

Will this trend stick around? We don’t think so. At a place like Augusta National (or Kapalua), it could make some sense since the track doesn’t penalize the errant tee shot as much as the average TOUR venue. Over the course of the PGA TOUR schedule, however, it makes very little sense to use the longer drvier.

Yes, distance is a big advantage. Strokes gained stats bear this out every year, but players can’t play from the rough on every hole. At some point, a player reaches a point of diminishing returns. The benefit of hitting it 375 yards versus 360 aren’t as grandiose as you would imagine.

But it sure is fun to watch in the meantime!

Here are a few notable players that have gone to or tested longer drivers:

– You can imagine the launch numbers and 200-plus mph ball speed, although there’s a very slim chance it sees action this week.

– Led the field in driving distance last week in Houston at a 326.4 clip.