Michael Arnaud played his first seven holes in 9 under par on Friday at the BMW Charity Pro-Am. But he wasn’t able to shoot a sub-60 number.

Arnaud needed one birdie over his final two holes to shoot 59, but finished par-par for an 11-under 60 at the par-71 Thornblade Club.

Because of his limited status on tour, Arnaud was a late entry into the event. He opened in 3-under 69 at The Cliffs Valley course and currently stands at 14 under and in a share of the 36-hole lead. The 36-year-old Texan made two eagles and five birdies over his first seven holes in the second round. He completed his first nine, par-bogey, to tie the tour’s nine-hole score record of 27.

Following three pars to start his second nine, Arnaud birdied the 13th hole and added two more on the back-to-back par 5s, Nos. 15 and 16. He narrowly missed a birdie putt on the par-3 17th, and came up well short from off the green for birdie at the last.

Stephen Jaeger holds the 18-hole Web.com Tour scoring record, shooting 58 in the first round of the 2016 Ellie Mae Classic. Six players have shot 59 in tour history.

Prior to the BMW, Arnaud had competed in one Web.com Tour event, shooting 81-75 and missing the cut a few weeks ago at the United Leasing & Finance Championship. 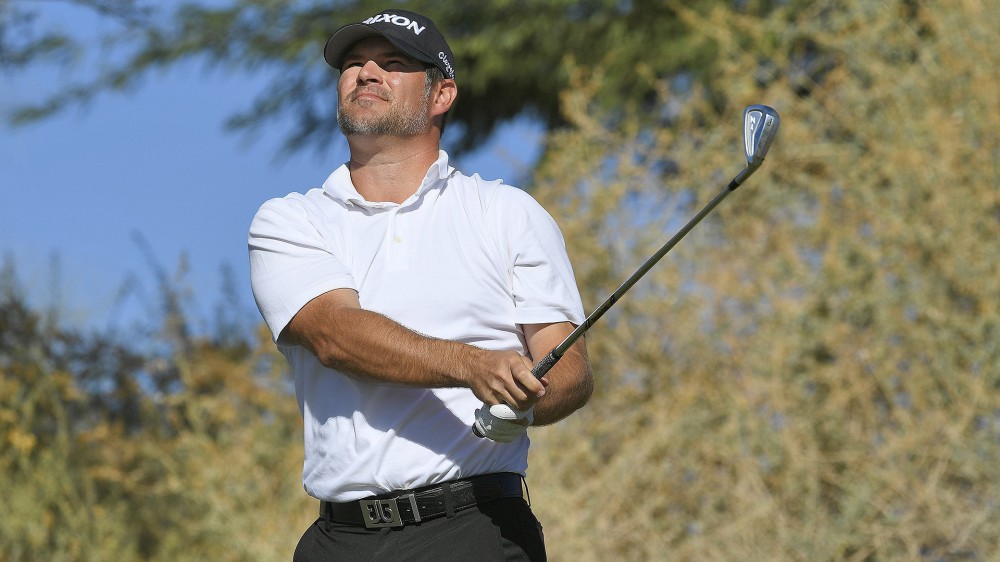