AVONDALE, La. – Sergio Garcia was trunk-slamming early for the second straight year at Augusta National, but that didn’t stop him from catching a piece of Masters history two Sundays ago.

Garcia said he was watching along on television as Tiger Woods captured his fifth green jacket and completed one of the more improbable comebacks in sports history.

“It was fun,” Garcia said Tuesday at the Zurich Classic, where he will team with Tommy Fleetwood in the New Orleans-area team event. “I think it was a good matchup with everyone that was up there [on the leaderboard], and then obviously as soon as Francesco [Molinari] gave him a little bit of an opening, he came around with some really good shots, on [Nos.] 13, 15 and 16, to give himself a lead.”

Garcia, 39, has lots of history with the 43-year-old Woods, from major championship battles to some controversial moments. But Garcia was still left impressed by what Woods was able to do two weeks ago at Augusta National, winning his 15th major title after four back surgeries, including the most recent in April 2017 (less than a month after Woods withdrew from the same Masters that Garcia won).

“It’s nice to see, and it’s impressive to see someone – even being Tiger, as we know how good he is – to come back from four back surgeries, and to be totally honest, probably about three years ago we all didn’t know how long he was going to play for because he was struggling to play five tournaments a year,” Garcia said. “So to be able to do that, it’s very impressive, and we’ll see where he goes from there.

“But it’s all the credit in the world to him.” 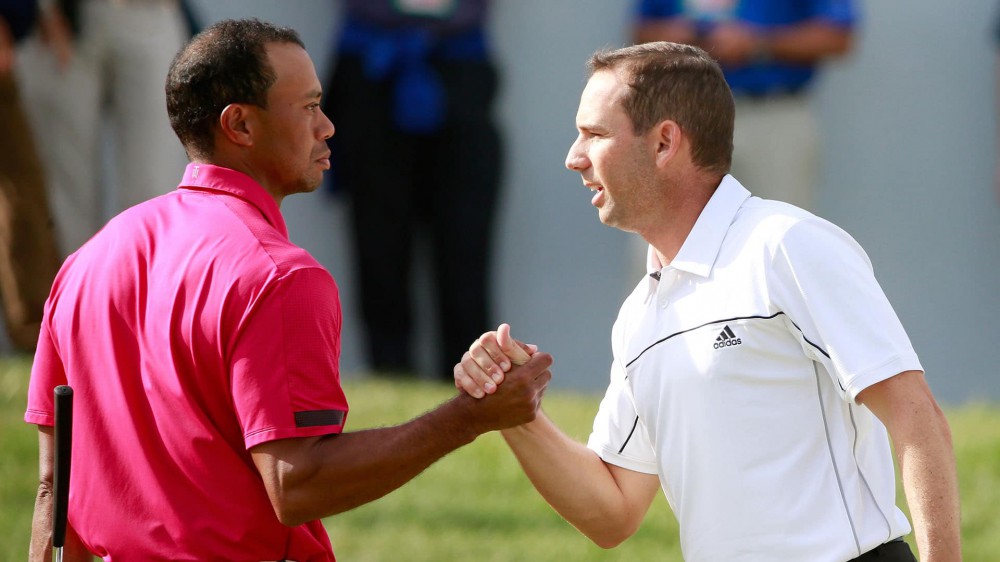