SAN DIEGO – Tiger Woods’ 2018 season should have been enough to curtail endless questions about the 14-time major champion’s health, but there was a moment during Friday’s second round at the Farmers Insurance Open that made those questions relevant again.

Woods’ approach shot at the par-4 18th hole (he started on No. 10) plugged badly in a greenside bunker, and Woods was forced to take an awkward swing just to advance his golf ball a few feet. He made a double-bogey 6 on the hole, but thankfully for Woods his scorecard was the only thing damaged.

“No, no. On a shot like that, it’s not that big a deal for me and the way my body is,” Woods said. “I’m just slamming the club into the sand; there’s really no follow-through, there’s really no torque. It’s the shots that require a little bit of torque that could happen that I’ll feel probably a little bit here and there.”

Although Woods was 10 strokes off the lead when he completed his round, it was the byproduct of poor putting – and some bad breaks, like at the ninth – not a physical issue.

In fact, when asked how he was feeling, Woods beamed, “I feel good, I feel very good. The training I’ve done in the offseason has paid off. I feel strong, fit and I have no issues.” 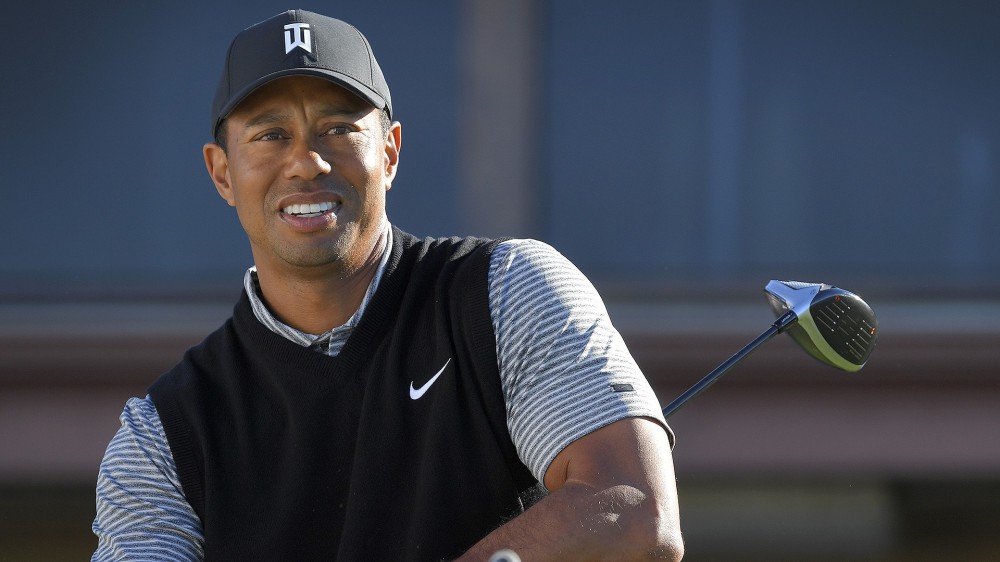 Highlights: Phil makes 10 birdies, one eagle in opening 60 - see them all