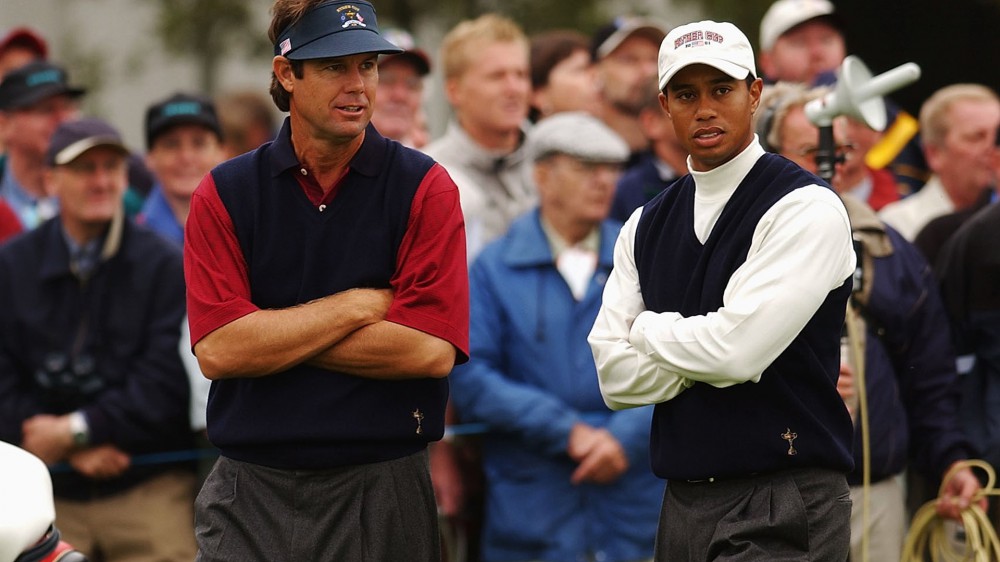 Days after Tiger Woods was arrested for DUI, former Ryder Cup captain Paul Azinger claimed that some of Woods’ peers believe pain meds have been a long-term “problem” for the 14-time major champ.

Azinger appeared on “The Herd” on Fox Sports 1 Thursday to preview next week’s U.S. Open, but the conversation quickly turned to Woods’ May 29 arrest in Jupiter, Fla. Woods was found asleep at the wheel and blew a 0.000 on two separate Breathalyzer tests, but he failed multiple field sobriety tests.

Woods told police he was taking a combination of medications that included the painkiller Vicodin, and he later released a statement citing “an unexpected reaction to prescribed medications.”

Woods underwent lumbar fusion surgery in April to relieve persistent pain in his legs and lower back. Days before his arrest, he penned an injury update where he explained that his recovery is still ongoing. It was the fourth back surgery for Woods since 2014, and Azinger pointed to the 41-year-old’s lengthy medical history as a possible contributing factor.

Woods has not competed since withdrawing from the Omega Dubai Desert Classic in February, and his prospects or timeline for returning to golf remain unknown. Azinger stopped short of declaring that an addiction problem exists for Woods, but he believes it’s up to Woods’ notably tight inner circle to find out.

“Tiger’s close to a few people. Not many. And the few people that are around Tiger probably know there’s a problem,” Azinger said. “And if they don’t intervene, then it’s on them. But addiction’s a big deal, and if he’s addicted, then somebody better intervene.”