PALM HARBOR, Fla. – There’s a familiar face strolling the fairways this week at the Valspar Championship.

Somewhere amid the shuffle of 300-yard bombers and bright-eyed youngsters is a man whose resumé most of the field would take in a heartbeat. Luke Donald has spent much of the past 20 years winning on both sides of the Atlantic, including at Innisbrook when he captured the title in a four-man playoff in 2012.

That was back when the Englishman was at the height of his powers, coming off a PGA Tour money title and still ranked No. 1 in the world. Thursday, he turned back the clocks on the Copperhead Course, shooting a 4-under 67 that left him one shot off the early lead and reminded his peers that there’s still plenty of game left in his slight frame.

“It’s nice to be back out here,” Donald said. “It’s been a bit of a struggle the last year.”

That timeline might be kind for a player who is barely older than countryman Justin Rose, but who has largely disappeared from leaderboards since that triumph here seven years ago, which serves as his most recent PGA Tour win. He’s also gone the last six years without a win in Europe, eclipsed by players who fly it past him off the tee and unable to lean simply on a magical short game to make ends meet.

But after largely avoiding injury during his pro career, Donald ran into back issues last spring and took almost the entire year off after missing the cut at one of his favorite stops, the RBC Heritage in April. It’s left the former household name at 919th in the latest world rankings, one spot behind Iceland’s Gudmundur Kristjansson.

Donald is playing this season on a major medical extension, equipped with 15 starts with which to earn 336 FedExCup points to retain his full-time status. But he’s used just one of his allotment so far, a missed cut at the Sony Open in January when things still didn’t feel quite right.

“The physios I’ve been working with, there were a few things they didn’t really like, and they thought if I went off a little bit too hard too early that I could run into some issues,” Donald said. “So they’re very cautious, and I think better to be cautious than to run into another problem and be out for a long time.”

That led Donald to spend much of the last two months practicing at home, and at last week’s Players Championship he was relegated to a spectator sharing his observations on Twitter rather than a participant vying for the title. But a return to Innisbrook is a rare equalizer on Tour, a course that takes driver out of the hands of the longest players and rewards the type of skillset Donald has in spades: accurate with an iron and deadly with a wedge, just in case things go awry.

Such is the reverence for Donald’s short game that he was brought up unprovoked by defending champ Paul Casey during his Wednesday press conference as the gold standard for performance around the greens.

“I’m not a bad bunker player,” Casey said. “I might not be as good as Luke Donald or something like that, but I’m not bad.”

Donald’s wedges got quite a workout in the opening round, where he found just eight greens in regulation but scrambled to a 67 that included just one bogey and only 22 putts. It was the type of performance he turned in with regularity a decade ago but one that has become increasingly fleeting in recent years.

Having turned 41 in December, Donald represents an interesting case study in historical significance. He has won five times in the U.S. and another six times in Europe, and a made cut this week should be enough to push him past $36 million in career PGA Tour earnings. But when it comes to the majors, he doesn’t have a defining moment to point to: his best finishes, T-3 results at the 2005 Masters and 2006 PGA, left him seven and six shots adrift of Tiger Woods, respectively.

But then there’s the world rankings, where Donald’s consistency at his peak shone through the most. He knows exactly how much time he’s spent in the top spot: 56 weeks, more than a full year and longer than the stints of Nick Price, Vijay Singh, Jordan Spieth and Jason Day, among others.

“Luke’s been to the top of the mountain, and looked down and been the best player in the world. So there’s no doubt there’s that motivation to kind of be back up there again,” said Graeme McDowell. “It’s more just that feeling of being there and being in the hunt, and kind of that adrenaline. Just that little drug that is adrenaline on the back nine on Sunday.”

Both McDowell and Donald received a hefty dose of adrenaline last fall, when they served as assistants under Thomas Bjorn for the victorious European Ryder Cup squad. Donald left Paris and made two quick starts in Europe, imbued with good vibes after again having a role in the biennial matches where he has never lost to the Americans.

“It was really good to just be around it and watch good golf. I think just kind of soak that in,” he said. “Just to be around that atmosphere and be around the guys again, it’s good. It’s a good remembrance of what I used to be able to do, or what I used to do.”

Even with his name again splashed on a leaderboard, Donald is taking a cautious approach. He’s admittedly dialing back his practice and, while he feels healthier than he did at Sony, he’s still not quite 100 percent. Instead of spending six hours on the practice range like he did in his prime, he’s devoting two or three of those hours to strengthening his back and hoping to make the most of whatever time he has left once he hits the course.

But the same form that took him to No. 1 in the world is still deeply ingrained, and a venue like Innisbrook can present the precise combination of conditions and challenges to bring it to the surface. Such was the case Thursday, as Donald showed that even with a few extra wrinkles he can still dissect a course with the best of them.

“Well, I still think I’m good enough to compete and win and be one of the better players in the world,” Donald said. “I’ve done it before, so there’s no reason why not.” 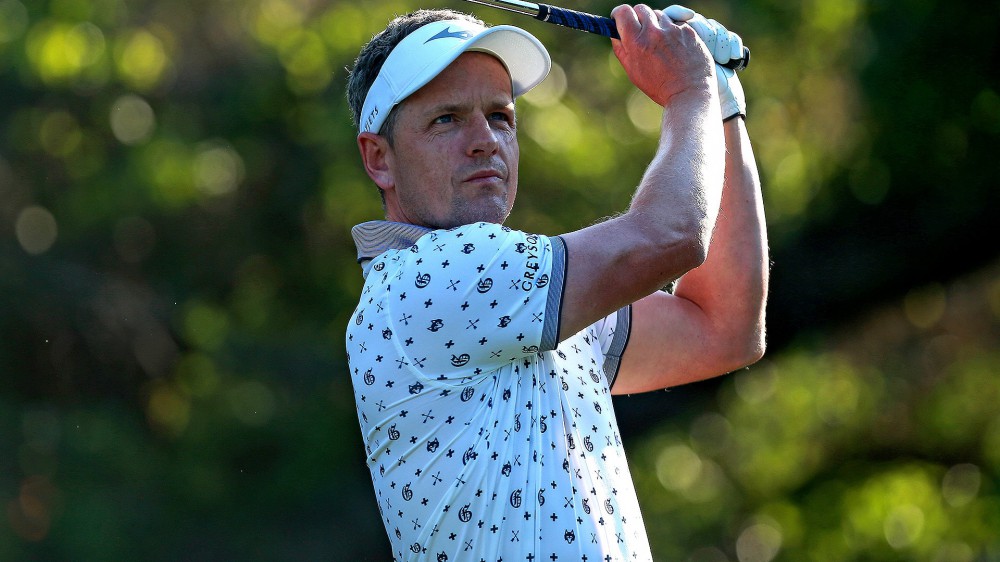