Matt Every doesn’t mince words when describing what has been an especially lean part of a pro career that is now in its 11th year.

“The last couple years, a lot of people would have quit the game in my position with what has kind of crept into my game,” Every told reporters at the Wyndham Championship.

For the two-time winner of the Arnold Palmer Invitational, it’s not an exaggeration. Every is exempt through next season thanks to the second of his back-to-back wins at Bay Hill, but since then his game has fallen apart. He has struggled with what he described as “driver yips,” and at one point over the last two years he withdrew or missed the cut in 18 straight events.

But things have slowly started to turn around for Every. An opening-round 64 at the FedEx St. Jude Classic in June was followed by a 65 last month at the RBC Canadian Open, and now the 33-year-old has taken his biggest stride to date with a 9-under 61 at Sedgefield Country Club that marked his lowest career round on Tour and gave him a two-shot lead.

“I have a high regard for my talent. Like, I know I’m as talented as anyone out here. OK, maybe like five guys are more talented than me,” Every said. “So I couldn’t let myself quit. There’s a lot of low points, though, man. Just life. Everything that I’ve been through, I’ve brought on myself. So I don’t need any sympathy or anything, it’s just the way my path has been so far the last couple years.”

After becoming a mainstay in the OWGR top 50 two years ago, Every’s world ranking fell as far as No. 1255 in June. He entered the week ranked No. 183 in the season-long points race and likely needs a win or runner-up in Greensboro to advance to The Northern Trust next week. Every credited much of his turnaround to recent work with instructor Scott Hamilton, and his T-14 finish in Canada was his best result since winning at Bay Hill in 2015.

After a round that included only one missed green in regulation and a 105-yard hole-out for eagle, Every believes he’s nearing the end of a drought that nearly derailed his career entirely.

“I will say this: my good stuff right now is so much better than my good stuff two years ago,” Every said. “I can hit big golf shots now, and it’s fun. It keeps me coming back.” 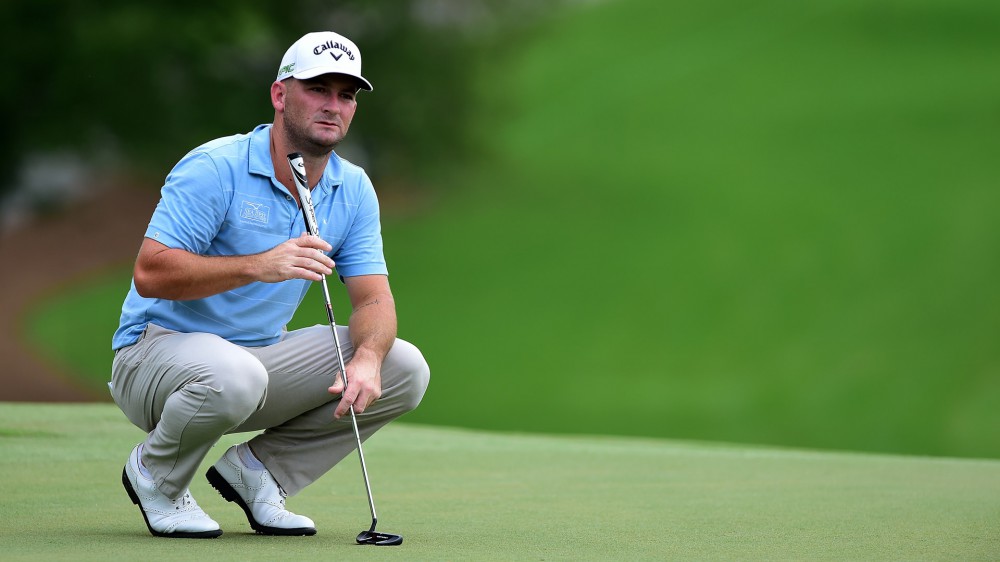