He lost his father at age 6, grew up impoverished, began caddying at age 9, mimicked the swings of players at the club using a broomstick, and was at age 10 invited to participate in a golf program for disadvantaged children.

Now 21 years old, he’s either one week from Q-School or 18 holes from the Masters.

Eight shots back to start the day and 2 over for the week, Machado enters Sunday at the Latin America Amateur Championship three off the lead, at 5 under, thanks to a 7-under 65, which tied the lowest round of the week at Casa de Campo.

Starting on the back nine, Machado carded back-to-back eagles when he sunk a putt from off the green at the 17th and holed a 20-yard bunker shot at the 18th. He said it’s the first time he’s ever made eagles on consecutive holes.

The highest-ranked Brazilian at 145th in the World Amateur Golf Ranking, Machado has won 10 times since 2017, most recently taking the Brazilian Amateur last July.

Asked Saturday afternoon for his plans after the completion of the LAAC, he didn’t hesitate: “My plan is to win this tournament.”

If he doesn’t, he’ll head back to Brazil to play in the PGA Tour Latinoamerica Qualifying Tournament Jan. 29-Feb. 1 at the Olympic Golf Course in Rio de Janeiro. But he doesn’t want to do that. 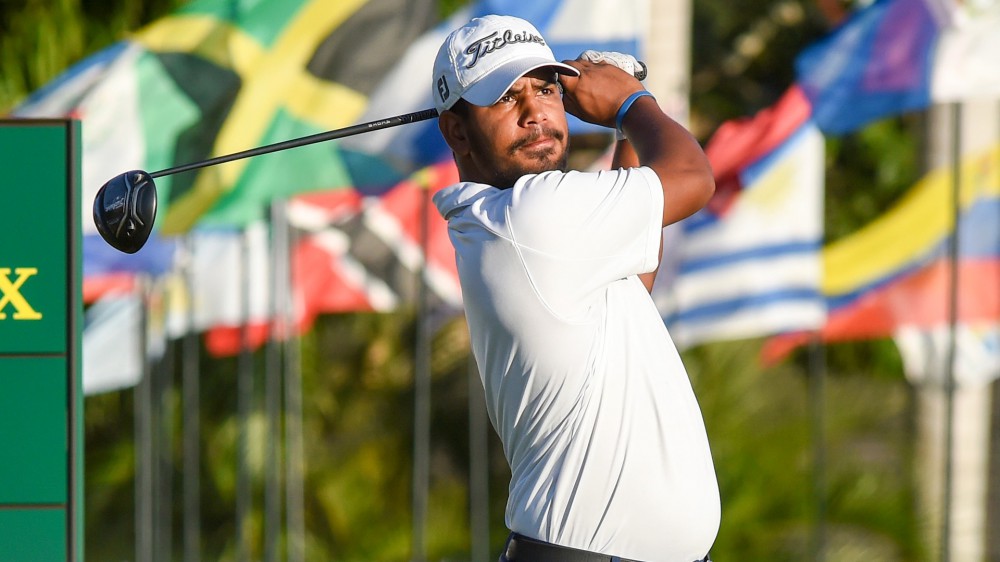 'That's not a story:' Kuchar denies only paying local caddie $3,000

The First Look: THE NORTHERN TRUST