“I’m happy to finally shoot a round in the 60s here in tournament competition,” Thomas said.

With a 5-under-par 67, Thomas gave himself a chance to win back-to-back major championships. At 3-under overall, he’s six shots behind Patrick Reed (66).

Thomas, 24, is looking to add to the special major memories he created last year. He won the PGA Championship at Quail Hollow last summer. Two months before that, he shot 9-under-par 63 in the final round of the U.S. Open at Erin Hills, equaling the famed score Johnny Miller shot in the final round at Oakmont in 1973. Thomas’ 63, however, set a new mark as the lowest score in relation to par in U.S. Open history.

This is just Thomas’ third Masters. He tied for 39th in his first Masters two years ago and tied for 22nd last year.

Thomas made six birdies and a bogey Friday in posting his lowest round at the year’s first major.

“It was a good day,” Thomas said. “It was solid, nothing crazy, nothing out of the ordinary. I just tried to stay patient, versus how I finished yesterday.” 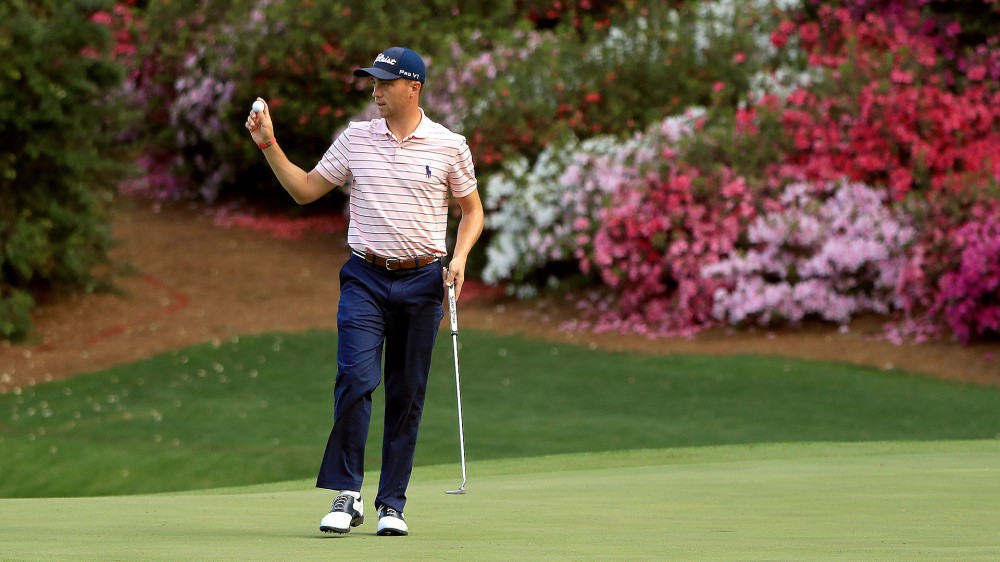