AUGUSTA, Ga. – We’ve seen it all season, just not at Augusta National.

The inevitable moment came early for Adam Scott on Thursday at the Masters. After lagging his birdie attempt at the first hole to 4 feet the Australian had his caddie put the flag back in the hole for his par attempt, which he made.

“I think I got some disapproving murmurs on the first when I had like a 1 ½ footer and I put the flag stick back in,” said Scott, who opened with a first-round 69. “But until something doesn’t work I’m going to keep leaving it in.”

Scott is among a large group of PGA Tour players who have taken to putting with the flag in the hole, taking advantage of a change to the Rules of Golf this year. Although it’s becoming more of the norm, there were some who suggested it was a bad look at Augusta National.

“I don’t have a problem with the rule, but I know one of the motivations was to improve pace of play and hopefully it’s doing that,” Augusta National chairman Fred Ridley said on Wednesday. “As far as whether we would have any consideration of not following that rule, no, there would not have been any consideration. We are aligned with the governing bodies on following the rules, and we certainly are free to have input, and our comments would have been respected.” 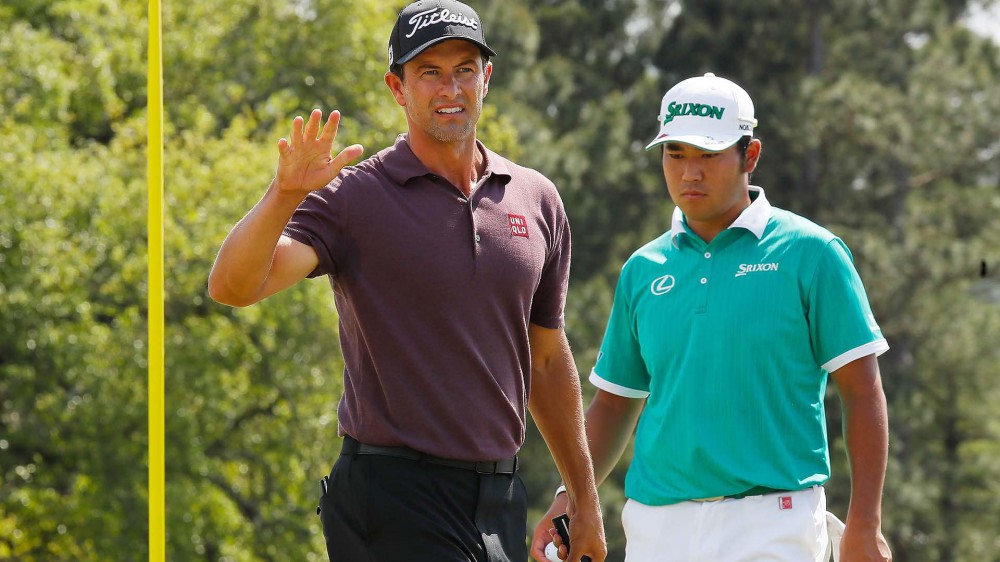 Ridley: Going for 13 no longer 'a momentous decision'