RIO GRANDE, Puerto Rico – Aaron Baddeley shot a 6-under 66 on Saturday at windy Coco Beach Golf and Country Club to take the third-round lead in the Puerto Rico Open.

Baddeley had a 12-under 204 total for a one-stroke lead over Nate Lashley in the event that was canceled last year because of Hurricane Maria.

”I hit a lot of greens today,” Baddeley said. ”I just feel like it was a pretty low stress today. I hit the ball close a few times, I had some short birdie putts, so just doing a few things like that made it pretty comfortable.”

The 37-year-old Australian won the 2016 Barbasol Championship for the last of his four PGA Tour titles.

”The last couple weeks I haven’t quite hit the ball as I normally have been hitting it,” Baddeley said. ”And then figured out one little thing I wasn’t quite doing, one of my keys. And this week I’m hitting the ball really well. And also making some putts. That’s key.”

Lashley, tied for the second-round lead with D.J. Trahan, had a 69.

”It was up and down, and a couple times it died, and then it’s blowing again,” Lashley said about the wind. ”But it seems like it’s always pretty much blowing here consistently, 10 to 15. But it’s just something you got to deal with. You got to hit good shots and get it on the green and hope you get the right gust.”

Daniel Berger, at No. 72 has the highest world ranking in the field, was 6 under after a 69.

Rafael Campos, the Puerto Rican player who won a Web.com Tour event in the Bahamas in January, shot 74 to fall into a tie for 50th at 1 under.

Bryson Nimmer, the Clemson senior making his first PGA Tour appearance, was even par after a 72.

The winner will receive a two-year exemption on the PGA Tour and an exemption to the PGA Championship, but won’t get an invitation to the Masters. 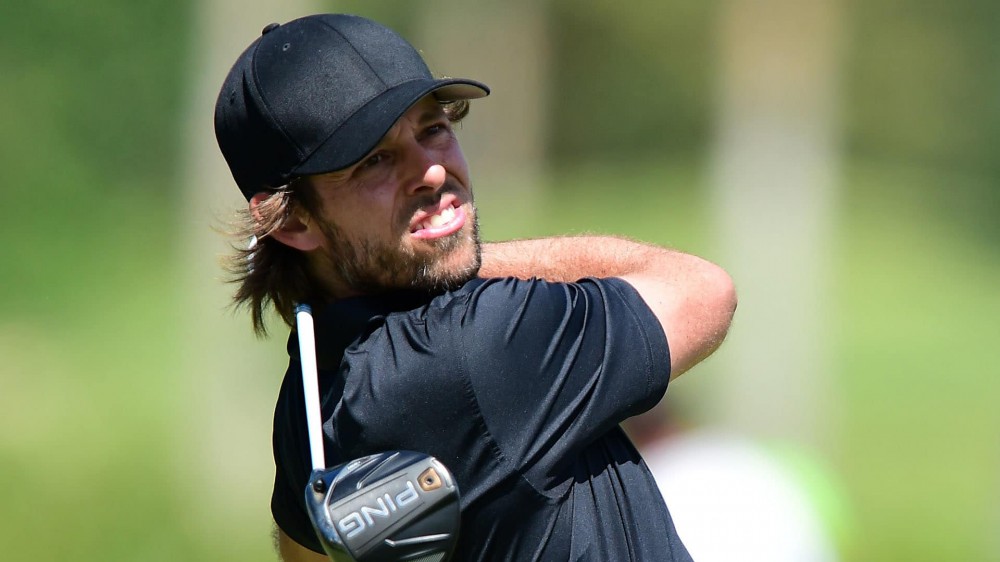 Why a U.S. Open in September might actually be better

Mickelson's 30 years at Phoenix Open filled with many wins, memories