CROMWELL, Conn. – Daniel Berger hopes that this year he gets to be on the other end of a viral moment at the Travelers Championship.

Berger was a hard-luck runner-up last year at TPC River Highlands, a spectator as Jordan Spieth holed a bunker shot to defeat him in a playoff. It was the second straight year that the 25-year-old came up just short outside Hartford, as he carried a three-shot lead into the 2016 event before fading to a tie for fifth.

While he wasn’t lacking any motivation after last year’s close call, Berger got another dose last week at the U.S. Open when he joined Tony Finau as a surprise participant in the final group Sunday, only to shoot a 73 and drift to a T-6 finish.

“It was one of the best experiences of my professional golf career so far. I feel like I’m going to be in such a better place next time I’m in that position, having felt those emotions and kind of gone through it,” Berger said. “There was a lot of reflection after that because I felt like I played good enough to get it done Sunday. I didn’t make as many putts as I wanted to, but I hit a lot of really good putts. And that’s really all you can do.”

Berger missed the cut earlier this month to end his quest for three straight titles in Memphis, but his otherwise consistent season has now included six top-20 finishes since January. After working his way into contention last week and still with a score to settle at TPC River Highlands, he’s eager to get back to work against another star-studded field.

“I think all these experiences you just learn from,” Berger said. “I think last week, having learned from that, I think that’s even going to make me a little better this week. So I’m excited to get going.” 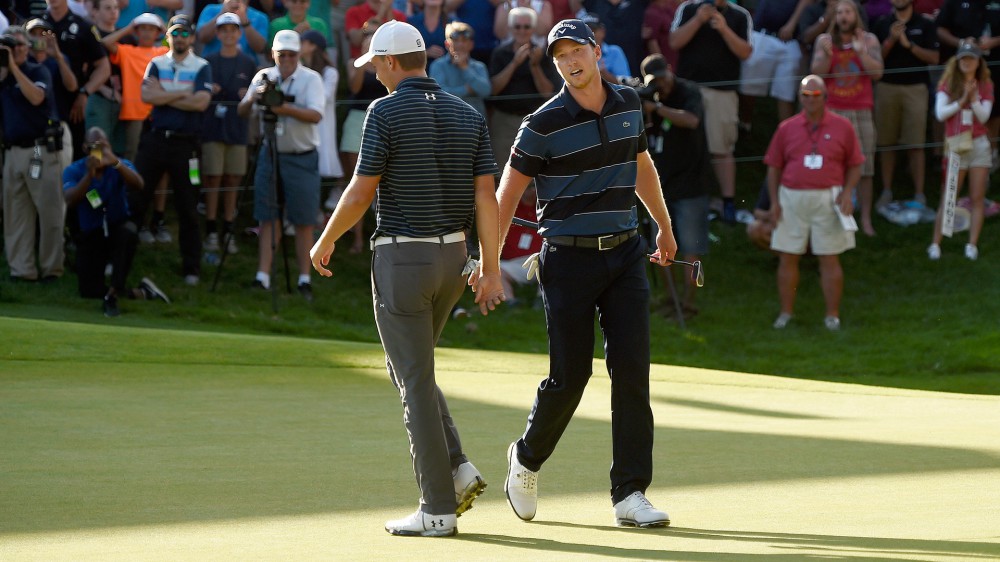