Home Golf News & Information Best par save ever? After two in water, Bae holes out from 250 yards 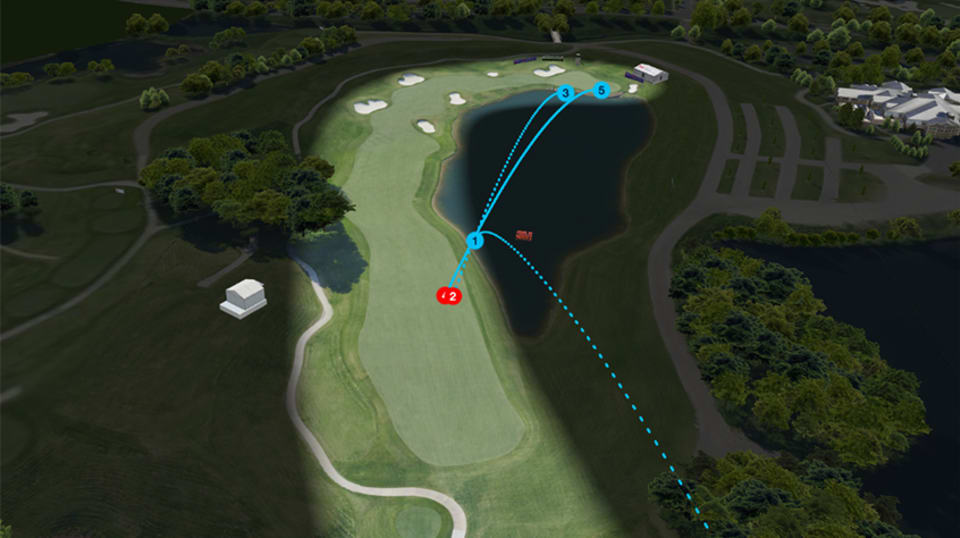 Fred Couples had a memorable par save in the first round of THE PLAYERS Championship in 1999 when he found the water with his tee shot at the island-green 17th at TPC Sawgrass, then holed out after he re-teed.

But that shot was more than 100 yards shorter than Bae’s hole-out with a hybrid at TPC Twin Cities.

Bae’s initial tee shot at the 599-yard 18th found the water running along the right side of the fairway. He then took his drop, leaving him with a third shot 249 yards to the pin – all across water on the dogleg-right hole.

That third shot also found the water, 63 feet short of the green. So Bae then dropped again from his same spot, now 250 yards away for his fifth shot … and proceeded to find the bottom of the cup to close out his round of 4-over 75.