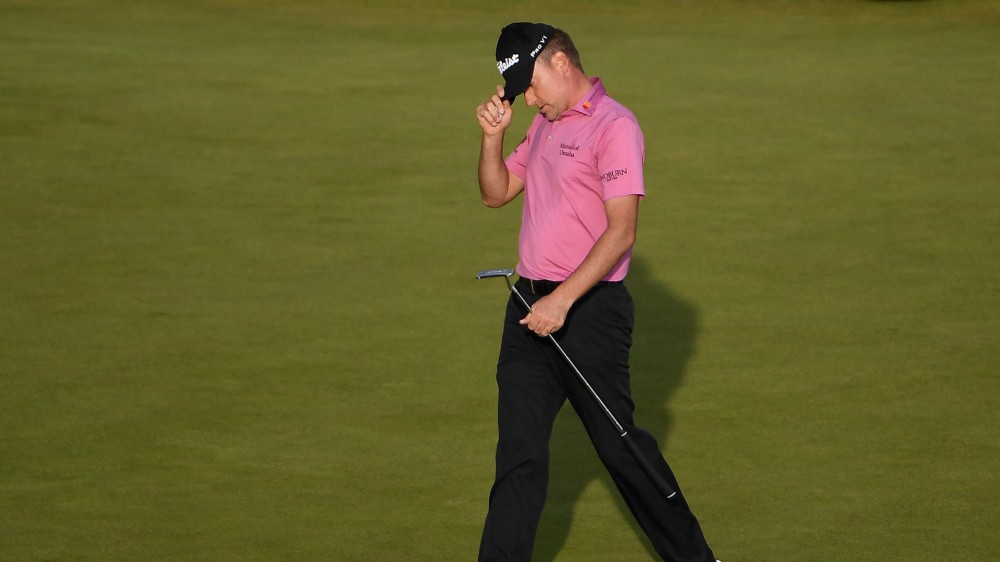 SOUTHPORT, England – Why was one player pissed off after Saturday’s round and has Henrik Stenson been able to keep all of his belongings since Thursday’s robbery? That and more in the best quotes from Saturday at The Open:

“I wouldn’t rather be in any other position than where we’re at. And we have an opportunity to have a really special day on the golf course tomorrow. I’m excited about it,” – Jordan Spieth

“It was awfully exciting. It’s clearly very, very unique. Being in the last group of a major championship is an exciting place to be,” – Matt Kuchar

“It’s hard to think big picture now, I’m just off the course and I’m a little disappointed. This week has been a step in the right direction, there’s no doubt about it. And I need to pick myself up, play a good round tomorrow and home for some bad weather,” – Rory McIlroy

“There was too many stupid mistakes. I made one bogey yesterday in all the treacherous conditions we had. I make five bogeys today. It’s not good enough. Simple as that. I’m pissed off. Don’t know what else to say,” – Ian Poulter

“It may be playing easier than normal, but this golf course is still very tough. You hit a shot off line and you can make bogeys and others very quickly,” – Rickie Fowler

“I’m glad to inform you I haven’t lost anything in the last two days, so things are pretty good at the moment,” – Henrik Stenson

“I know I needed to shoot low today, but I don’t ever say, ‘well, I’m going to shoot 64.’ I just try to shoot as low as I can, whatever number that is,” – Dustin Johnson

“I’ve had officials actually walk with me in Asia. And they can stand right next to me for all I care. I know I’m in my rights and that’s just the way I’ve been brought up. I’m never going to try to take advantage of anything,” – Shaun Norris on claims he’s anchoring the putter

“The place was packed from the word go. Even looking down the first hole it was four or five deep. I don’t think I’ve played in crowds that deep since the Ryder Cup,” – Justin Rose

“We had perfect conditions when we went out. The pins were tucked away today. There are some cracking pins. I think the course setup was brilliant. It would have been nice to sort of get back to level and feel like you’re putting the pressure on tomorrow,” – Tommy Fleetwood

“So I was more angry how I finished yesterday just because kind of shot myself in the foot. And you can’t do that in major championships, especially when you’re trying to win a tournament,” – Jason Day

“There’s been a couple of times I’ve sat down on a bank and just made sure I’d taken it all in. You definitely get them times out there. I’m glad I am taking it all in,” – Alfie Plant, amateur