Akshay Bhatia might be just 17 years old, but the junior golfer continues to outperform many college-aged amateurs.

Bhatia, the world’s top-ranked junior and ranked 12th in the World Amateur Golf Ranking, added to his impressive list of accomplishments with a playoff victory Sunday at the Jones Cup.

After Sunday’s final round at Ocean Forest Golf Club in Sea Island, Ga., was washed out, Bhatia and Georgia sophomore Davis Thompson, tied for the 36-hole lead at 2 under, were able to make it on the course for a 1 p.m. playoff. Bhatia made quick work of Thompson, who rinsed his tee shot on the first hole in the playoff. Bhatia won with a two-putt par.

With his win, the Wake Forest, N.C., native earns a sponsor exemption into the 2019 RSM Classic. As of now, it will be Bhatia’s first PGA Tour start, though the youngster plans to play a few Monday qualifiers this year, like he did a year ago.

The victory is Bhatia’s fourth in a WAGR-ranked event in the past calendar year. He won the AJGA’s Rolex Tournament of Champions last November, and also posted wins last year at the Boys Junior PGA, Junior Invitational at Sage Valley and Polo Golf Junior Classic. He also finished runner-up at last summer’s U.S. Junior Amateur, represented the U.S. in the Junior Ryder Cup in Paris and was invited to attend the Walker Cup practice session in December.

The Jones Cup win, though, is the biggest of Bhatia’s young career, as he topped a field filled with many top amateurs. Ohio State’s Will Grimmer and England’s Alex Fitzpatrick, the younger brother of Matthew Fitzpatrick, tied for third at 1 under. Duke’s Chandler Eaton and N.C. State’s Stephen Franken were another shot back at T-5.

Bhatia, the reigning Rolex AJGA Junior Player of the Year, has no plans to attend college, instead planning to turn pro in January 2020. 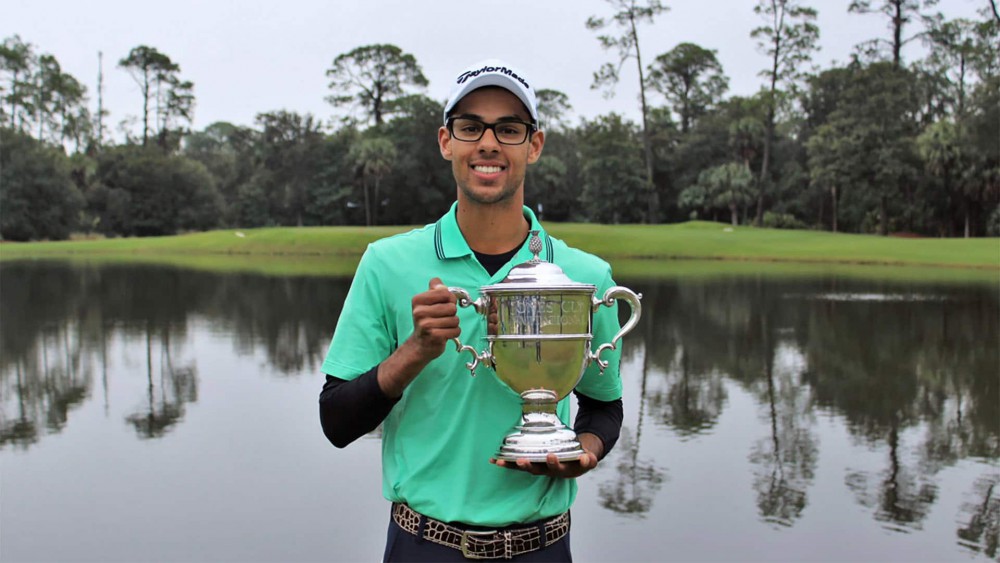 Stairs get another Johnson, this time DJ's brother/caddie