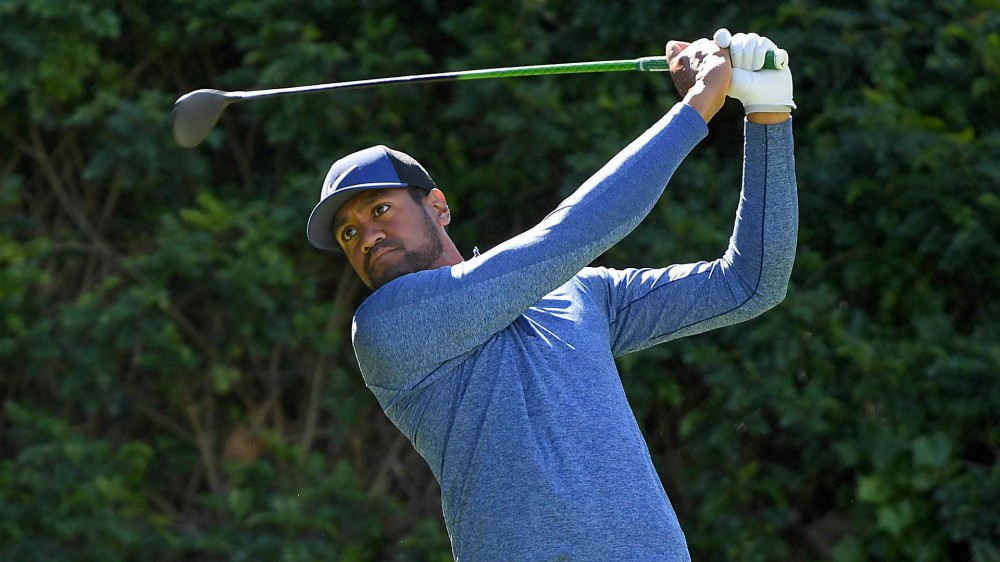 LOS ANGELES – Take a look at the recent winner’s list at the Genesis Open and you’ll quickly realize that Riviera Country Club often masquerades as a bomber’s paradise. Dustin Johnson cruised to a win here two years ago, and Bubba Watson has captured three titles since 2014.

It should come as no surprise, then, that long-hitting Tony Finau is once again in contention here. After his 10 under par total left him two shots behind Watson last year, Finau sits in a tie for sixth at 8 under through two weather-delayed rounds of 66-68.

Simply mention Riviera to Finau and watch the smile creep across his face.

“I think it’s just one of my favorite golf courses,” Finau said. “I think I play it well, but I think you have to have patience playing this golf course just in that you can score early on both nines.”

Finau was bogey-free in his opening round, and he reached 10 under after a birdie on his 10th hole of the second round. While three bogeys followed over the next eight holes, he still heads into the second half of the tournament in position for what would be his 12th top-10 finish since last year’s runner-up here.

But to do so he’ll have to endure a long final day, with third-round tee times pushed back into the late afternoon because of weather delays incurred on Thursday. It means the leaders will likely face the prospect of playing more than 30 holes on the tournament’s final day in an effort to avoid a Monday finish.

For Finau, who remains in search of his second career win and first since the 2016 Puerto Rico Open, it’s just another opportunity to spend time on one of his favorite layouts.

“It’s kind of just like a marathon, just like whenever they tell you to go out and play holes, just try and do your best while you’re out there,” he said. “I think you just have to put yourself in the mindset of just being patient and ready to play when it’s time to play.”