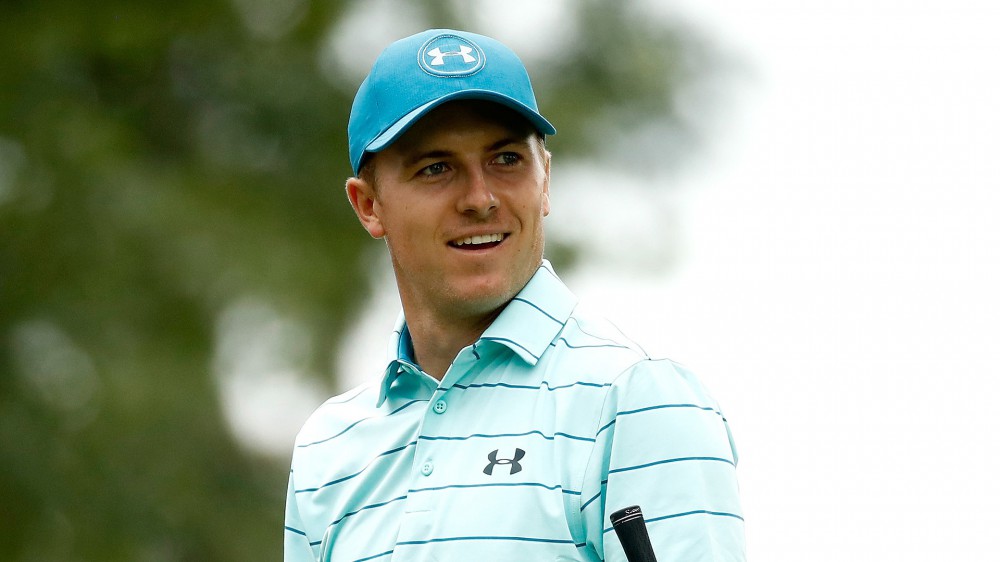 AKRON, Ohio – A middling, marathon day was salvaged with a head-turning closing stretch from Jordan Spieth.

Spieth struggled to find his footing at the WGC-Bridgestone Invitational during a round that was originally delayed, then twice interrupted by inclement weather. Wedges were spinning off the green, and the lengthy putts that fell during the opening round were missing their target.

Spieth was 2 over on the day, six shots off the lead and didn’t appear in position to improve on that after his tee shot on No. 17 left him in the rough and with an awkward stance in the adjacent bunker. But Spieth did what Spieth does, lashing an iron and nearly losing his balance in the sand while the ball landed softly on the green and caught the lip of the hole.

That tap-in birdie was quickly followed by another on the home hole, where his 148-yard approach nestled within 3 feet. Suddenly, a 72 was transformed into an even-par 70 and Spieth heads into the weekend within four shots of leader Jimmy Walker.

“I had such an awkward stance next to that bunker on 17 that if you gave me a 4 ahead of time, I would have happily signed for it,” Spieth said. “Fortunate to get up there and have that kind of finish.”

Spieth attributed his early-round struggles to a swing flaw he identified in his backswing, and he plans to put in some extra reps on the range to address it prior to his third-round tee time. But given where he stood with two holes to go, he’s eager to have a chance at what would be his first career WGC title – and third victory in as many starts.

“I’m going to get some rest, going to be able to kind of come out here maybe a little earlier tomorrow than normal just to get on the driving range and try to work some things in,” Spieth said. “I feel like I’m in a good position to have a chance to win this tournament.”