SAINT-QUENTIN-EN-YVELINES, France – Practice-round groups at the Ryder Cup typically give fans a sense of what to expect when the Day 1 pairings are announced on Thursday afternoon.

Though European captain Thomas Bjorn said that “not too much” should be gleaned from his groupings during the first official practice round on Tuesday, he also doesn’t want to waste valuable time as players get adjusted to Le Golf National and each other.

Here were the three practice groups for the Europeans:

“You get some of the new guys out with somebody with a bit of experience so they can talk the way around,” Bjorn said, “but that doesn’t necessarily mean they are pairing up together.”

It’s worth noting U.S. captain Jim Furyk made similar remarks, that each of his three groups had at least one player who had seen Le Golf National previously.

“I don’t feel like I’ve given away anything in what’s happening on the golf course today,” Bjorn said.

Still, Bjorn said that he’s “80 or 85 percent” certain of the pairings he’d like to use this week.

Asked where he was in his own process, Furyk joked “86 percent” before saying that he has a “really good idea” of his plan for Day 1 fourballs and foursomes.

“I think coming in here we both were going to have a plan of exactly what we wanted to try to do,” Furyk said. “There’s always going to be a reaction to what you’re seeing on the golf course, what you’re feeling, options to branch off of, but I’ve got a really good idea of what I’d like to do for Day 1.” 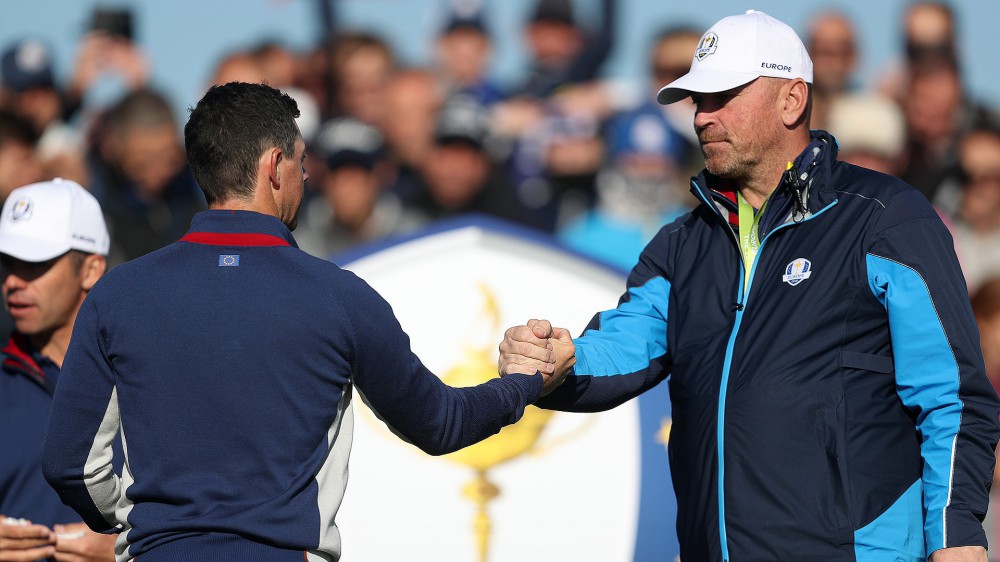