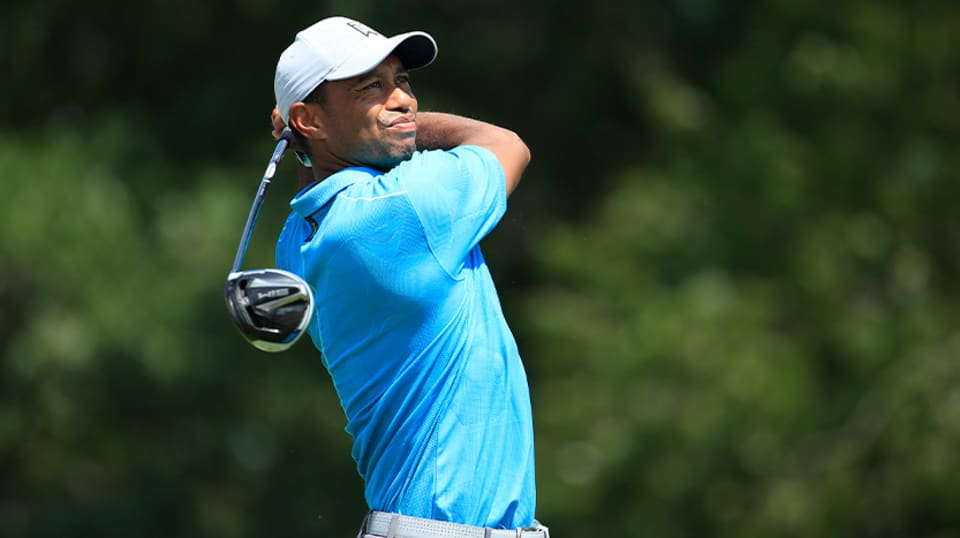 OLYMPIA FIELDS, Ill. – For 15 holes of the opening round at the BMW Championship Tiger Woods was grinding it out at a tough Olympia Fields and was in position to push towards the high finish he needs to continue his FedExCup season.

But then the wheels came off.

Woods, the 2007 and 2009 FedExCup winner, finished his opening round with three straight bogeys to sign for a 3-over 73, dropping back to a tie for 35th. He’s now six shots off Hideki Matsuyama’s lead, and four back of the projected finish he needs to advance to East Lake where the final 30 will fight it out for the FedExCup.

“Not the way I wanted to finish, but the golf course is playing difficult for sure,” was all Woods could muster to say post round.

Starting on the 10th Woods dropped a shot on his second hole of the round when he overcooked a short wedge shot that rolled over the back of the green. But he made up for it with a 28-foot birdie putt three holes later.

A sloppy three-putt bogey on the par-3 16th, his seventh, was rubbed out by a birdie on the par-4 second and Woods appeared set to contend as winds started to rise.

But a pulled approach on the seventh, another three-putt on the eighth and a wayward drive on the ninth into a bunker all conspired to see the 82-time winner tumble down the leaderboard.

Woods started the tournament in 57th spot on the FedExCup and currently projects 56th, well back of the top 30 spot he desires.

Duncan do it… Tyler Duncan was born in nearby Indiana, went to college at Purdue, but it is his caddie that is the secret weapon this week.

Zach Guthrie was part of five Big Ten Championships during six years as the Assistant Men’s Golf Coach at the University of Illinois and as such has a pretty decent handle on Olympia Fields.

“I do feel comfortable here. It feels a lot like a summer round that I grew up playing. It’s hot, it’s windy, it’s kind of what you get around here. My caddie, he coached at Illinois when I was in school, so he’s been around here a bunch, and he’s from Illinois. We both feel pretty good here,” Duncan said after a 2-under 68 has him sitting second on the leaderboard.

Duncan comes into the BMW Championship in 32nd spot in the FedExCup thanks mainly to his win at the RSM Classic. He’s now projected to eighth as he looks to secure a first ever TOUR Championship berth.

“It was awesome. It was a grind. I drove it well and scrambled well, and those were the two biggest factors that I thought you were going to need to perform well at to have success this week.”

Bubble boys start solid… Tony Finau and Billy Horschel sit in 29th and 30th spot respectively leading into this week’s BMW Championship as they look to hold on to a place in the final 30 and a start at East Lake.

Both took impressive first steps in the opening round, shooting even par 70s to sit in a tie for fourth. A total of 10 players sit there with them meaning their projections are just 25 and 26 at the moment, but good enough to be thinking survival.

“My putter saved me on quite a few holes. Man, the golf course is playing tough right now. You’ve got to hit the fairways and it doesn’t end there. You’ve got to hit the greens and it doesn’t end there with the wind and the amount of slope on these greens and the speed. It keeps you on your heels it seems like all day,” Finau said. “I was happy to just finish at even par after the first round.”

Moving in, moving out… With three rounds to play three players project to move inside the top 30 which in turn would knock three out. Tyler Duncan (2nd) projects from 32nd to eighth, MacKenzie Hughes (3rd) projects from 36th to 19th and Mark Hubbard (T4) projects from 34th to 29th.