Amid the swirling winds on a difficult track at the Valero Texas Open, Ryan Moore has yet to blink.

Moore was one of only two players among the 156-man field to go bogey-free during the opening round at TPC San Antonio, and he’s now the only player still boasting a clean scorecard after a second-round 67 that included five birdies and the rest pars. At 9 under, the veteran shares the lead with Zach Johnson and was three shots clear of any other player at the end of the morning wave.

“Really, around this golf course what matters is the right distance,” Moore told reporters. “You can get in some pretty tough spots if you’re long and short. So I kind of hit it the right distance all day, gave myself plenty of good birdie opportunities and didn’t stress myself out too much with too many up-and-downs.”

While many players struggle to find a true offseason, Moore took nearly three months off between starts at the OHL Classic at Mayakoba and Waste Management Phoenix Open. During that time he shed nearly 20 pounds thanks to changes to his diet and teamed up with a new swing coach, Drew Steckel, in December.

The results have been solid if not spectacular, as Moore tied for fifth at the Arnold Palmer Invitational and finished T-16 last week at the RBC Heritage.

“It’s been solid golf, especially the last few weeks. I haven’t got a ton out of it,” Moore said. “The putter just wasn’t there. So this week, just got a little more comfortable with the putter and knocked a few putts in that kind of matter early in my rounds, and it’s going in. That’s kind of what’s been missing lately.”

Moore had a breakthrough season in 2016 that included his victory at the John Deere Classic and spot on the Ryder Cup team, but he hasn’t sniffed career win No. 6 since a T-3 finish at the Sentry Tournament of Champions 16 months ago. Should he keep a clean card this weekend in San Antonio, his chances to end that victory drought appear bright.

“I played some really nice golf yesterday, I just controlled the ball nicely all the way around and was bogey-free yesterday, so thought, ‘Let’s go try and do that again,'” Moore said. “So to play in tough, windy conditions, to go bogey-free (again), it was some good solid golf.” 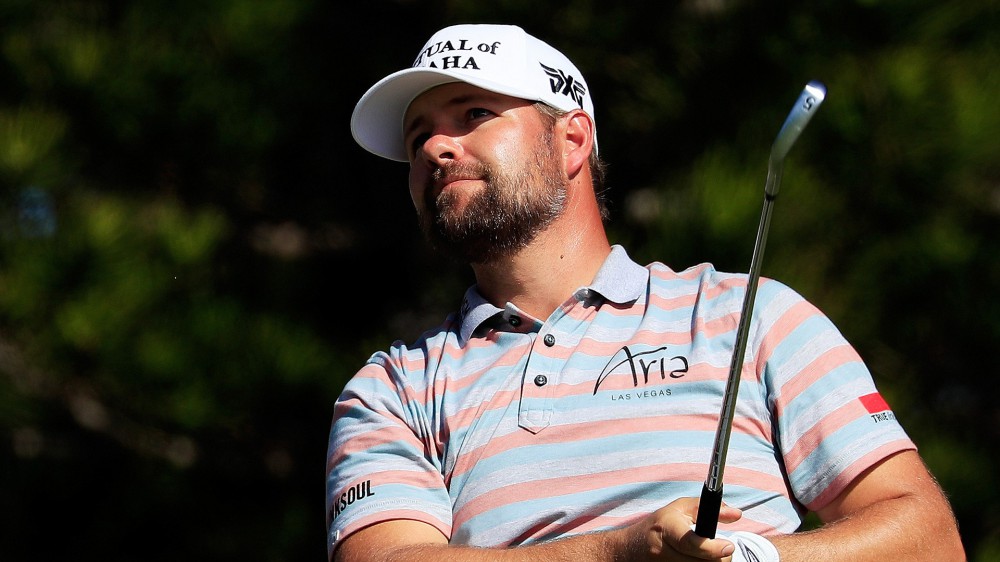