PHOENIX – Jenny Shin can find some inspiration on the leaderboard at the Bank of Hope Founders Cup.

Celine Boutier overcame “mild panic attacks” while over the ball in college, an affliction that nearly derailed her career as one of the game’s top amateurs, but she won the ISPS Handa Vic Open last month and is atop the leaderboard with an 8-under-par 64 in the first round of the Founders Cup.

Shin is in the hunt, too, after shooting 66, despite being amid the hard work of trying to free herself from a frustrating habit that latched on to her last fall.

“I picked up this horrible habit of not being able to pull the trigger,” Shin said. “So, I’ve been working on that.”

Shin says she has made significant progress, but she still battled it on the back nine Thursday at Wildfire Golf Club. When it strikes, her takeaway starts and stops, repeatedly. She says it began when she was struggling through a spell with her tee shots. She compared it to the problems Kevin Na and Sergio Garcia battled on the PGA Tour. It’s something she wants people to know she’s determined to completely fix, more out of courtesy for players and fans than any debilitating effect it has on her game.

“When I picked it up, it didn’t affect my golf, which is fine,” said Shin, who won the Volunteers of America Texas Shootout three years ago. “I was able to shoot 5-, 6-under par with that thing going on. My wanting to change it is probably more about sportsmanship, because it was affecting other players in the group with me.”

Boutier went through much worse while at Duke, where she was the NCAA Player of the Year before suddenly struggling with internal demons over the ball. She got to where she couldn’t break 80 before fighting her way back to form with the help of a psychiatrist.

“I feel like I’m a way better player now than I’ve ever been,” Boutier said. “That was the biggest challenge of my life, and it just felt good to get on the other side of it. I feel like I got confidence from my mental strength through that.

“It could come back, but now I know what to do.”

Shin’s issue isn’t affecting her shot making, but it affects her pace of play when it strikes.

“Being followed by rules officials was not fun,” Shin said.

And then there was social media.

“I did get judgmental statements from fans, or viewers on tv,” Shin said. “Even watching it myself, it’s kind of frustrating. It was frustrating me, because I wasn’t able to start quickly.”

Shin said she played with Na in Las Vegas this offseason, and they talked about it.

“He said, ‘You’re going through what I went through,’” Shin said. “I told him I didn’t know what to do.”

Na told her to be patient and diligent.

“He told me to just keep working at it, that it’s going to come together, and it just takes some time,” Shin said. “Even the girls out here have been encouraging me.”

Shin said her friends, Inbee Park and Na Yeon Choi, were as perplexed by it as Shin was.

“They couldn’t understand why I was having this,” Shin said. “They said, ‘You’re hitting it great. It’s not like you’ve got the yips and are hitting it everywhere.’”

“I’m not 100 percent happy with it, but, hopefully, I can get this fixed before the majors,” Shin said. 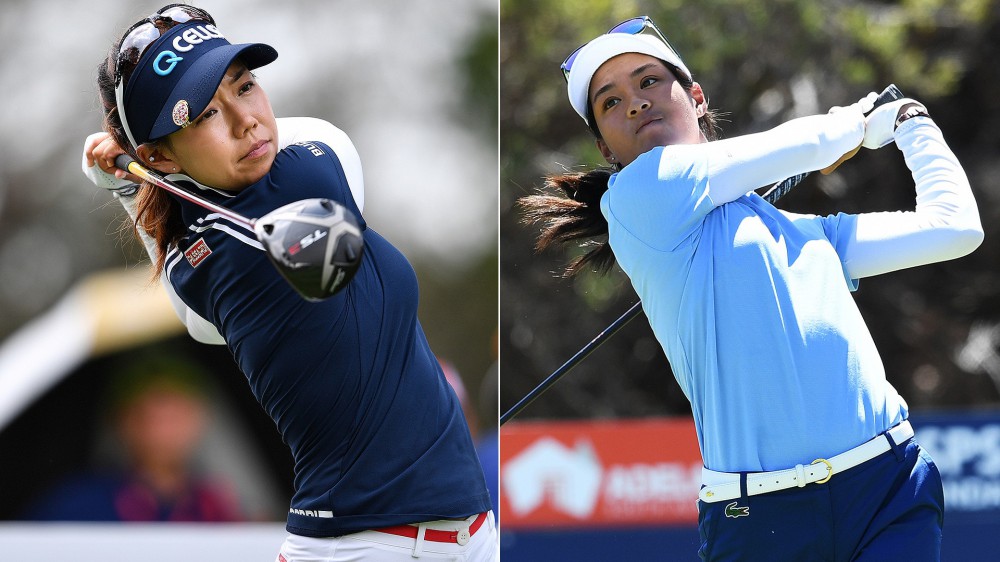 What do Tiger’s Chicago ties mean for 2026 Presidents Cup?