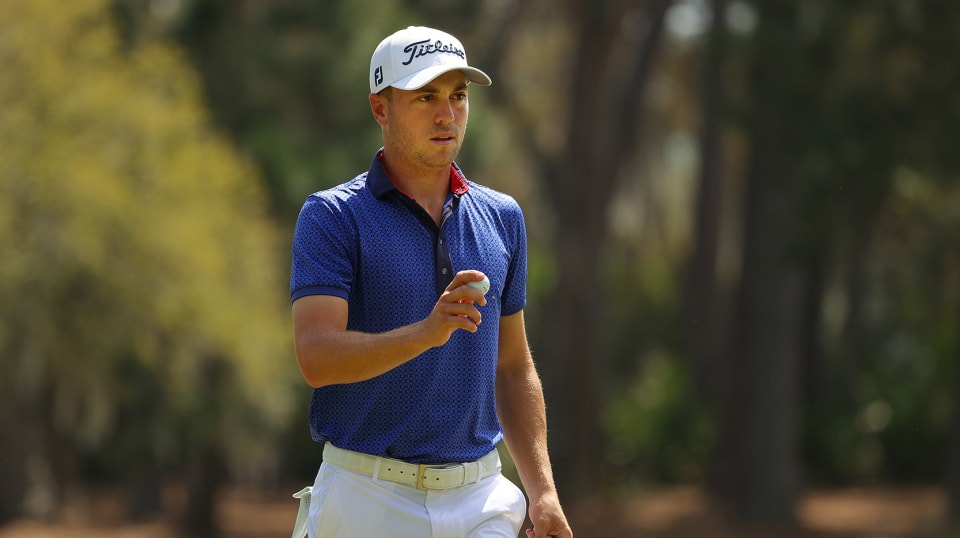 The favorite: Jon Rahm. He was the runner-up to Johnson in 2017. His T9 at THE PLAYERS was his sixth top-10 in his last eight starts. The consistent, all-around game makes him a good fit for match play.

Bracket buster: Shane Lowry. The Open champion finished eighth at THE PLAYERS and was in contention through three rounds last week at The Honda. He already owns one World Golf Championship, as well.

Favorite match: Rahm vs. Ryan Palmer. We’ll call this one a friendly rivalry. The two are the defending champions at the Zurich Classic of New Orleans after forming an unexpected pairing at TPC Louisiana.

The favorite: Collin Morikawa. Right alongside Thomas on the short list of the TOUR’s best iron players. Recently won the WGC-Workday Championship at The Concession to become the only player other than Tiger Woods to win a major and WGC before turning 25.

Bracket buster: Max Homa. He thrives on tough courses, winning The Genesis Invitational this year after claiming the Wells Fargo Championship in 2019. His favorite word is ‘relentless,’ a trait that will be needed this week.

Favorite match: Morikawa vs. Homa. The ratings for this showdown will be through the roof  in Berkeley, California, where both attended college. Homa once said of Morikawa:“His ball striking is so good. He’s basically a robot. I’m not sure I’ve ever seen him hit a bad shot.”

The favorite: Bryson DeChambeau. Everything is bigger in Texas except for DeChambeau, who recently admitted that he backed off his bodybuilding endeavor and has lost a little weight. He comes in on a hot streak, though, winning the Arnold Palmer Invitational presented by Mastercard before finishing third at THE PLAYERS.

Bracket buster: Antoine Rozner. He snuck into the field with his win at the Qatar Masters, his second win in his last six European Tour starts.

Favorite match: DeChambeau vs. Tommy Fleetwood. Brute strength against a player known for precise iron play. DeChambeau saw it firsthand when he and Tiger Woods were beat, 5 and 4, by Fleetwood and Francesco Molinari in a foursomes match at the most recent Ryder Cup.

The favorite: Xander Schauffele. He’s coming off an uncharacteristic MC at THE PLAYERS after finishing in the top 25 in 24 of his previous 27 starts. He barely missed the Round of 16 in his previous two Match Play appearances.

Bracket buster: Jason Day. He recently changed to swing coach Chris Como and is playing a mixed bag of equipment after not renewing with TaylorMade. He’s finished no worse than T35 in his last four starts, and let’s not forget that he won this event in 2014 and 2016.

Favorite match: Schauffele vs. Scottie Scheffler. This match should be sch-weet (get it?). Scheffler is familiar with Austin CC after playing his college golf at Texas and he won the U.S. Junior, so he’s had some success as an amateur. The reigning Rookie of the Year is looking for his first TOUR win and maybe this is the week he gets it.

The favorite: Patrick Reed. He famously went 6-0 in match play to lead Augusta State to consecutive NCAA titles. His Captain America persona was burnished by his performance in the Ryder and Presidents cups. Let’s just say he loves mano-a-mano situations, and he won earlier this year at the Farmers Insurance Open.

Bracket buster: Christiaan Bezuidenhout. There’s always an international player who’s introduced to us at these World Golf Championships, and Bezuidenhout seems like a prime candidate. He recently finished seventh at the Arnold Palmer Invitational presented by Mastercard.

Favorite match: Reed vs. Bubba Watson. This will be an old-school affair. Reed is a grinder, relying on his nifty short game, while no one in the game curves it like Watson, the 2018 winner of this event.

The favorite: Tyrrell Hatton. He’s won three big titles in little more than a year – the Arnold Palmer Invitational presented by Mastercard and BMW Championship in 2020, followed by the Abu Dhabi championship earlier this year. His MC at THE PLAYERS is his only finish outside the top 25 this year.

Bracket buster: Sergio Garcia. He’s in the midst of a resurgence after a win at the Sanderson Farms Championship and strong showing at THE PLAYERS. He also is a part-time resident of Austin and made it to the Round of 16 in the past two playings of this event.

Favorite match: Hatton vs. Lee Westwood. A generational tussle between two of England’s finest. Westwood ran out of steam at The Honda Classic, but that shouldn’t overshadow his strong play at Bay Hill and TPC Sawgrass.

The favorite: Webb Simpson. He seems to thrive on Pete Dye designs that favor precision over power. He has wins at the Dye-designed Harbour Town (2020 RBC Heritage), TPC Sawgrass (2018 THE PLAYERS) and TPC of Louisiana (2011 Zurich Classic of New Orleans).

Favorite match: Simpson vs. Paul Casey. Casey will be a tough out. He’s made the Round of 16 in three of the last five years.